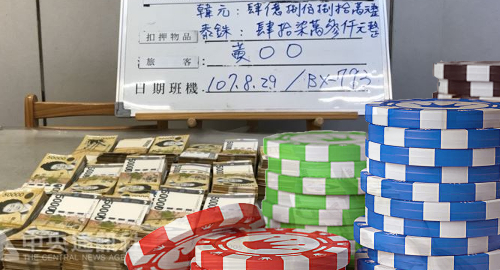 A Taiwanese gambler is out hundreds of thousands of dollars after failing to report his foreign casino winnings to local customs officials.

On Wednesday, Taiwan’s Central News Agency (CNA) reported on the truly sad story of a gambler identified only by the surname Huang who reportedly went on a roll in one or more South Korean casinos but fell afoul of Taiwan’s strict rules on declaring cash on one’s person when returning from abroad.

Huang dutifully informed customs officials about the US$15,400 he was carrying but neglected to tell them of the KRW408.8m ($368,500) and the THB473k ($14,500) he was lugging around in his suitcase. Customs agents inspecting his luggage discovered the undeclared cash, which reportedly took two hours to count.

Huang claimed that his understanding of Taiwan’s Money Laundering Control Act meant that foreign currencies such as the Korean won and the Thai baht were exempt from the declaration process. The report failed to mention how loud Huang’s cries became after he was informed to the contrary.

However, Huang is reportedly an “internet celebrity” that teaches people how to beat the casinos, which has led to him being “blacklisted by hundreds of casinos around the world.” So as long as he can find another casino that will let him onto their gaming floor, he should have no problem whatsoever winning it all back and then some.

The report didn’t specify which South Korean casino(s) that Huang took for those millions, but did say he flew home via the international airport in Busan, which features two gaming venues; Grand Korea Leisure’s Seven Luck Busan and Paradise Co Ltd’s Paradise Casino.

Huang’s misfortune is on par with the two Taiwanese nationals who had nearly $400k in Macau casino winnings confiscated last year after failing to declare any of it at the airport. Making matters worse, the cash wasn’t theirs to lose, as they’d agreed to transport it into Taiwan on behalf of an unidentified third party. Huang, we’re looking at you…