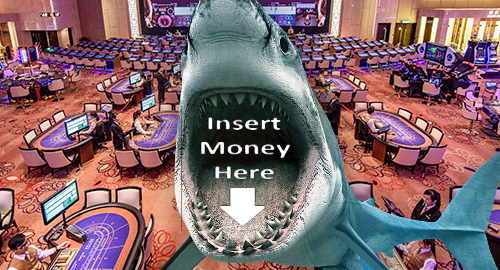 Macau’s casino-related crime stats took a dip in the first half of 2018, even as the number of loansharking cases rose significantly.

On Tuesday, Macau’s Secretary for Security Wong Sio Chak gave a press conference to update crime figures recorded by the Judiciary Police (PJ) in the six months of 2018. The overall number of casino-related cases sent to the Public Prosecutions Office was 840, a 3.3% decline over the same period last year.

The number of gaming-related forcible detentions – in which gamblers are held against their will until family or friends agree to make good on a gambler’s debt – was down 41% to 229. The secretary credited this decline to the PJ ramping up efforts to disrupt the gaming hub’s loansharks.

That enhanced effort led to a surge in gaming-related loansharking cases, which rose over 38% to 254 cases in H1. Police widened the scope of their traditional anti-loansharking investigations to include areas further away from the casino properties, including apartments, where the lenders were still predominantly targeting gambling clients.

The Secretary also offered an update on the PJ’s efforts to combat online gambling websites that use Macau casino trademarks without permission. The PJ have reportedly convinced web-hosting companies based outside Macau to ‘block or remove’ around 90 such websites.

All told, the GPDP invested 217 cases last year, seven fewer than in 2016. Nearly two-thirds of these investigations were launched following a complaint by those providing the data, while over half involved a lack of legitimacy in handling personal data and over one-quarter reflected non-compliance with data processing principles.

The fact that gaming led all investigations into data misuse won’t inspire hope in the promised secrecy of a proposed online database to track gamblers who are barred from setting foot on a casino floor. Macau legislators are set to resume work on the nuts and bolts of the plan in October.