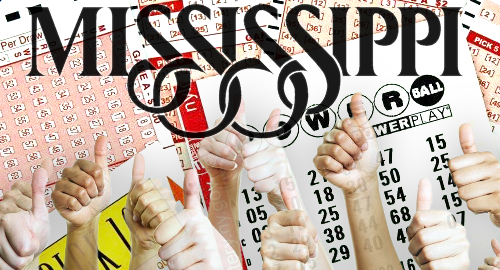 The number of US states with no lottery products whatsoever has shrunk to five after Mississippi legislators did an overnight about-face on a lottery bill.

On Tuesday, the Mississippi House of Representatives voted 58-54 in favor of a bill that would allow the creation of a state lottery. Mississippi is currently one of only six US states that has no lottery. (The other states are Alabama, Alaska, Hawaii, Nevada and Utah.)

The vote was preceded by a positive vote in the state Senate on Monday, then a separate House vote on Monday night that defeated the bill by a margin of 60-54. That prompted some furious backroom arm-twisting and lobbying, leading to the second House vote on Tuesday.

Mississippi Gov. Phil Bryant, a longtime lottery proponent, initially chastised House Democrats for the bill’s defeat, but the GOP holds a majority in the House, and of the eight legislators who switched their votes on Tuesday, five were Republicans.

Bryant, who promised to sign the bill into law, has long argued that the state was losing revenue to lottery operations in neighboring Arkansas, Louisiana and Tennessee. Lottery supporters claim the state could reap $40m in revenue in the lottery’s first year, rising to $80m-$100m in later years.

The state’s new lottery isn’t likely to launch for another year or two, following technology tenders and the establishment of a new quasi-government agency to be dubbed the Mississippi Lottery Corp. For the first 10 years of lottery operations, the first $80m of lottery proceeds will go toward repairing roads, bridges and other crumbling infrastructure. Revenue above $80m will go toward public education.

Mississippi had resisted previous efforts to launch a state lottery based on concerns that it would cannibalize the state’s significant casino industry. However, the casinos appeared mollified after legislators purged a provision that would have authorized the widespread launch of video lottery terminals across the state.

Mississippi appears to have found a comfort level with new gaming options, having authorized legal sports betting at its casinos earlier this year. The first casino sportsbooks launched this month.