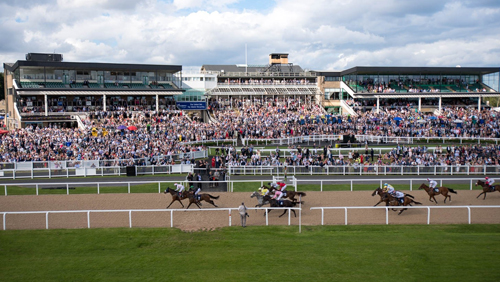 Following on from the success of previous development work, which included the installation of the Tapeta surface and enhanced racing facilities, ARC anticipate submitting plans for the next stage of development of the High Gosforth Estate to Newcastle City Council in Autumn 2018.

The proposals will further boost the international prestige of the racecourse, create new jobs in hospitality, tourism and construction, and draw thousands of visitors and their spending into the City.

Improvements across the racecourse estate will include a c3,500m2 events centre, alongside significant refurbishment of the public and hospitality areas as well as the racing staff accommodation.

The plans for High Gosforth Park also include the development of high quality residential accommodation, along with refurbishment to the listed Brandling House and the associated public space to fit in with the heritage of the site. No development is proposed on Gosforth Park Nature Reserve or on the Scout Camp area.

A public consultation has been launched on the plans, with local residents invited to submit their views. Newcastle Racecourse will host a public exhibition and drop-in session before racing on 31 August between 12:00 and 16:00.

David Williamson, Executive Director of Newcastle Racecourse, said “Our plans will complete the transformation of Newcastle Racecourse into a world class sporting venue. The development of the racecourse and the wider High Gosforth Park Estate will provide a significant boost to Newcastle’s local economy and help create a number of jobs.

“These plans will completely transform the customer experience here at Newcastle, with brand new facilities for racegoers including bars, restaurants and hospitality suites alongside significant upgrades for owners and trainers as well as the accommodation for racing staff. We very much look forward to hearing people’s views on the plans, and welcome feedback at the exhibition on 31 August. We look forward to introducing the public to our plans and hearing their views.”

All materials from the exhibition event will also be able to view at www.newcastle-racecourse.co.uk/our-racecourse/development from Friday 31 August. The consultation will close at 5pm on 14 September.

Residents may submit their views in the following ways:

Via the online consultation web page;

By emailing the consultation team at [email protected].

The exhibition at Newcastle Racecourse will be open to the public between 12:00 and 16:00 on Friday 31 August 2018. The exhibition will also be open to racegoers throughout that evening’s race meeting until 20:00.

Arena Racing Company (“ARC”) is the largest racecourse operator in the UK. ARC Group racecourses will host 552 fixtures in 2018 (570 in 2019) with 1.2 million people attending racing at one of ARC’s racecourses each year.

ARC hosts racing at all levels of the sport from Class 7 through to Group 1s. Doncaster Racecourse is home to the world’s oldest Classic, the St Leger, run each year in September as part of the four-day St Leger Festival. Feature jumps races include the Grade 1 Fighting Fifth Hurdle at Newcastle Racecourse, the Welsh Grand National at Chepstow Racecourse and Midlands Grand National at Uttoxeter Racecourse.

As well as racing, ARC also operates a hotel at Wolverhampton Racecourse, a hotel, spa resort and golf course at Lingfield Park and The Border Minstrel public house at Newcastle Racecourse in the grounds of Gosforth Park. A new hotel at Doncaster Racecourse is under construction and will open in the summer of 2018.

ARC is a significant shareholder in the horseracing TV channel At The Races which is broadcast on the Sky platform to c.14 million homes, and a JV partner with Racing UK in GBI Racing which sells UK and Irish Racing to betting shop operators around the world.

In 2015 ARC set up The Racing Partnership. This limited company represents the media rights of the 16 ARC owned-racecourses and the six independent racecourses Fakenham, Ffos Las, Hexham, Newton Abbot, Plumpton, Ripon and Towcester.

ARC employs 650 permanent staff and engages with 3,500 casual staff for racing and events across its racecourses. Further information about ARC can be found at www.arenaracingcompany.co.uk.

A new report from the casino guide Casino.se: How the new gaming law has affected the Swedish gaming industry
Press Releases
28 May 2020

FIFA and NBA2K among new games added to Luckbox
Press Releases
28 May 2020
.