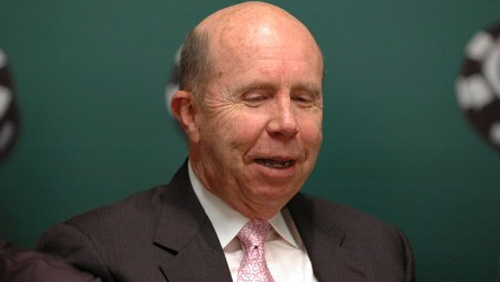 A charity poker event coming to Las Vegas next month will be hosted by one of the most well known names in poker. Jack Binion, son of casino mogul Benny Binion of Binion Horseshoe casino and first host of the WSOP in 1970, will host the Go All In for Memories poker tournament, an event designed to raise money for the Keep Memory Alive charitable organization.

The tournament will take place on September 21 at the Keep Memory Alive event center near Downtown Las Vegas. It will offer a $500 buy-in game with $10,000 going to the tournament winner. Runner-up prizes include trips, wine from Glazer’s Wine & Spirits, jewelry and more. The event gets underway at 5:30 (local time) and the poker tournament will kick off an hour later.

The event has already seen several top poker names sign up to attend. Daniel Negreanu, Barry Shulman, Jack McClelland and Doyle Brunson, among others, are all expected to take a seat at the felt for the worthy cause.

In addition to the poker tournament, and the chance to rub elbows with some of the greatest names in poker, there will be wine and cocktails, “interactive food stations” and music by Michael Shulman. There will also be a roulette wheel and a silent auction at the event.

Tickets for those wishing to attend, but not play in the tournament, can be purchased for $100. Registration is requested by September 14, and is possible either by calling 702-263-9797 or by visiting the Keep Memory Alive website.

The 81-year-old Binion launched the World Poker Open (WPO) while he was president of Horseshow Gaming. The WPO is considered to be a forerunner to the WSOP. He was inducted into the American Gaming Association’s Gaming Hall of Fame in June 2004 and into the WSOP Poker Hall of Fame the following year.