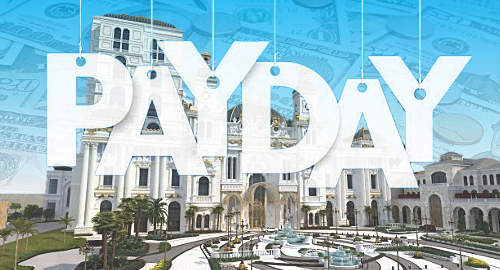 Saipan casino operator Imperial Pacific International (IPI) has bid goodbye to a controversial director while declaring that its payroll problems are history.

On Monday, IPI informed the Hong Kong Stock Exchange that director Cai Lingli had resigned as a director of the company and given up chairing the board’s executive committee. The company said Ms. Cai “wishes to devote additional time to her family and other personal business commitments.”

The statement said Ms. Cai had no disagreement with IPI’s board and there was “no matter in relation to her resignation that needs to be brought to the attention” of IPI shareholders. Ms. Cai’s chair seat will be filled by Ms. Xia Yuki Yu, an IPI director since November 2013.

Ms. Cai was named in an April 2017 Bloomberg report that linked her to a company called Esteem Capital Success Ltd, which funded fact-finding trips to Hong Kong and Macau for Saipan legislators in 2013. The trips were controversial because Esteem wasn’t among the bidders for Saipan’s sole casino license, yet its business address was taken over by IPI’s corporate HQ in 2016.

Meanwhile, IPI says it’s resolved the payroll problems that saw its salaried staff go short last week due to unspecified “transfer issues.” Despite issuing a memo last week warning staff that they might not get paid, IPI was able to pay its hourly employees on time, and the Marianas Variety said Monday that IPI’s white-collar crew would be paid by noon that same day.

The resolution of the payroll snafu hasn’t stopped local politicians from calling for both the legislature and the Commonwealth Casino Commission (CCC) to exert greater oversight of IPI’s activities.

Rep. Edwin Propst told the Saipan Tribune that were still “a lot of unanswered questions” over the casino’s recent problems, including delays in paying major contractors. Propst also wondered why the legislature had yet to hear anything on the matter from Rep. Joseph Deleon Guerrero, who chairs the House Gaming Committee.

A clearly annoyed Guerrero told the Tribune that he was “not even going to dignify that request for oversight by responding to it.” Guerrero said the committee would meet with the CCC this week to “determine what course of action is appropriate.” CCC vice-chair Joseph Reyes added that the CCC “takes things seriously and we’re on top of it.”