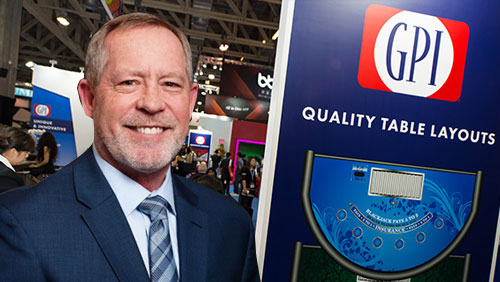 Gaming Partners International Corp (GPI) announced last week that its chief executive officer, Gregory Gronau, is stepping down from the company. The resignation won’t officially take place until September 21, at which time he will also give up his other positions, including president, director, treasurer and secretary. Gronau will still be available as an adviser to the company, which said that the decision “for personal reasons, and not a result of any disagreement with the company or its management.”

Gronau’s role as an adviser will continue until the end of the year. He will be paid $10,000 a month for his part-time affiliation following his resignation and Alain Thieffry, GPI’s CFO and chairman of the board, will fill in as the company’s interim CEO, president, treasurer and secretary “until a successor is appointed.”

The 59-year-old executive has a long history of involvement in casino and gaming-related enterprises. He became GPI’s CEO in 2009 and, in 2014, was also appointed as the company’s secretary and treasurer. Prior to joining GPI, he was the VP of Operations at Shuffle Master from 2002 to 2006 and, subsequently, CEO and President of Cadillac Jack, Inc. from January 2006 to March 2008. While with Shuffle Master, he was responsible for improvements in all of the company’s manufacturing operations as well as being the director of virtually of its acquisitions.

Nevada-based GPI supplies different types of currency, including plaques, jets and chips, to a number of casinos. It also is a supplier of playing cards, table accessories, roulette wheels, dice and gaming furniture. The company, which was founded in 1993, has experienced significant growth mainly due to an extended presence in Macau. It also holds an exclusive right to manufacture and distribute radio frequency identification (RFID) chips and readers in the United States, as well as a patent for the process of embedding RFID components into the gaming chips. RFID chips have gained significant popularity lately due to their enhanced security features and counterfeit protection.

GPI, in its annual filing, recently reported a reduced debt of US$6.33 million, US$1.35 million less than it was a year prior. Its revenue for the past fiscal year was US$8.91 million, with a cash to total debt ratio of 140.90%.