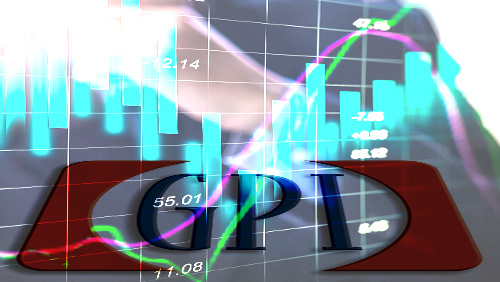 Gaming Partners International Corp (GPI) is one of the latest companies to release its financial report for the second quarter of 2018. The year has been particularly kind to the company, which reported net income of $2.5 million for the period, up from a $49,000 profit seen during Q2 last year. GPI’s revenue for the quarter was $24.7 million, an increase of 51.6% year-on-year and the company has its operations in the Asia-Pacific region to thank for the boost.

In its filing with the NASDAQ stock exchange last Friday, GPI said, “The increase in our revenues and net income… was primarily due to an increase in casino currency sales, table accessories and furniture, partially offset by an increase in research and development expenses.”

Research and development expenses at the company increased by $0.7 million to $1 million for the period, a huge jump of almost 199%. According to GPI, “The increase is mainly due to payments made to BrainChip Holdings Ltd and Xuvi LLC for achieving certain milestones in our global licensing and development agreements.”

GPI announced in January that it had signed licensing and development agreements with the two companies in order to develop products that would “provide a table management solution that would combine visioning technology and immersive data analytics with our RFID technology.”

To help with that development, GPI made an initial injection of $1.3 million into the two firms. In its filing, it said, “Due to positive customer response, we plan to commit a minimum of US$0.5 million in the second half of the year to develop product enhancements and speed up product development.”

Whereas last year in the second quarter GPI had net sales in the Asia-Pacific region of only $2.1 million, it drastically improved its position this year, reporting sales of $6.8 million. A backlog of signed orders totaling $21.5 million will keep the company busy as it fulfills those orders between now and June 30, 2019.

The company also asserted in its filing, “We anticipate winning additional business, particularly in the Asia market due to the number of planned casino openings and expansions in the region. However, there is always uncertainty surrounding the timing of casino openings and the number of tables to be allotted to each new casino, which will impact both the amount of revenue we recognise and the timing of revenue recognition.”

Only about a week ago, GPI CEO Gregory Gronau announced that he would be resigning from the company as of September 21. He will be replaced by the company’s current CFO and chairman of the board, Alain Thieffry, who will serve as CEO in an interim capacity until a permanent replacement is found.