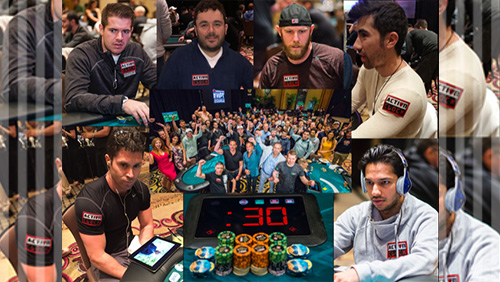 Lee Davy sits down with Kent McLaren, a former scorer for the LA Clippers, and now COO of GAME LLC, for a demonstration on Protection Poker’s Action Clock. 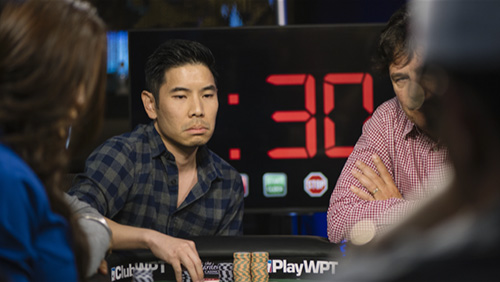 I have a bit of a killer bee in my bonnet when it comes to social hierarchies. Getting the shit beaten out of you for being a different race will do that to a boy. It feels part of me, like a molar, finger or faulty thyroid.

So, when I see smart and savvy poker tour operators using action clocks but only including them in High Roller tournaments, my head starts shaking. From my vantage point, in a coffee shop, somewhere deep within the green, green, grass of home, I can’t fathom why poker operators haven’t rolled it out universally.

So, it was nice to meet Kent McLaren, COO, of GAME LLC, the parent company of Protection Poker, the bright minds behind the Action Clock that you first saw at the World Poker Tour (WPT) Tournament of Champions, three-years ago.

McLaren is a bear of a man. A great big cuddly bear. And I can tell, just by looking at him that he is a very proud man, all suited and booted, a tie knotted to perfection. A big gratuitous smile on his face.

We sit down at a poker table that looks fitting enough to host the Queen and Prince Charles, heads-up, for all the corgis. McLaren tells me that him and the CEO Cavin Quintanilla, are based out of Los Angeles, California.

“Mike Sexton is a spokesperson of the company,” McLaren tells me with great pride. “He was a big advocate of the clock. I am a former NBA official scorer for the LA Clippers, so I know what a shot clock is – it winds down – this is not a shot clock, it’s poker – it’s an action clock. The whole thought behind it is to keep the flow of the game going; not to penalise anybody.”

I decided against thrusting my phallic like Dictaphone into the face of O’Dwyer, Chidwick and co., asking them to talk about the value of the clock because I’ve heard it all before.

Approval of the clock is compelling.

“The players overwhelmingly like it,” says McLaren. “When we introduced it three years ago at the WPT Tournament of Champions at the Seminole Hard Rock in Florida there were some misgivings. Some players said they wouldn’t play and others said they would wait for the full 30-seconds.”

One of those players was the WPT Champions Club member, Jordan Cristos, who exited the tournament after a brutal beat when deep, and later said that he had changed his mind, and felt the clock was good for poker.

McLaren pulls out his clock.

“The whole idea behind it is the spirit of the play.” Says McLaren.

McLaren shows me how to use it. The whole presentation lasts a minute, no more, and I can’t believe that people were worried that the dealers wouldn’t be able to use this thing.

“This is a clock made by poker players,” says McLaren.

The clock sits in front of the dealer. The countdown is clear for everyone to see. There are even smaller countdowns in the top right and left corners for the people sitting furthest away from the dealer. When the timer reaches ten seconds, a yellow box appears around the countdown and immediately begins running down to give an extra emphasis should the player not hear the buzzer.

The operation is simple Simon.

I watch the dealers during flow, and they aren’t even looking at it; quickly starting and restarting the action when they feel a player is about to make a move. It’s quite graceful, like a conductor making music.

The players look as bored as they do when there is no clock. It’s very much an internal organ-like part of the game along with cards and chips.

“That’s it,” says McLaren after his brief demonstration ends. “You can’t patent a clock, but what we have tried to do is make the best possible clock there is.”

I think they have made a bang up job. It’s so simple; I am still a little lost as to why every single tournament, irrespective of buy-in, doesn’t use one and am sure that within the next three years we will wonder how we ever played the game of poker without one.