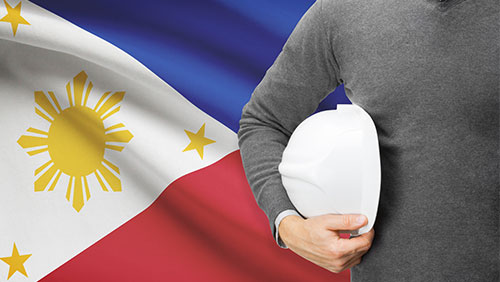 The Imperial Palace integrated resort (IR) in Saipan just got a little boost to try and speed up construction. After announcing a little more than a week ago that it couldn’t meet its construction deadline, the casino developer, Imperial Pacific International (IPI), has now hired 600 construction workers from the Philippines to try and make up for lost time.

According to IPI, the construction workers, who will join more than 1,000 workers out of Guam who are already involved in the project, were issued H-2B visas, which allow an employer to hire foreign employees to temporarily enter the U.S. to work. The IPI said in a statement, “Construction progress on the casino-hotel project is much better than it was during the last half of last year with substantially larger numbers of construction worker.”

IPI already admitted that it wouldn’t be able to meet the August deadline to have the casino completed. It cited issues related to labor shortages as one of the reasons when it decided to request an extension to December 2018. IPI has also said that it is considering bringing in a night crew to work construction across two shifts in an effort to speed up completion of the million-dollar resort.

There have been a number of problems related to the casino since it was first proposed. The developer has been accused of violating employment agreements, subcontractors have been forced to make restitution of unpaid compensation to the tune of $14 million, and there continue to be whispers of bribes and other questionable financial activities.

When completed, the Imperial Palace will be a luxury IR offering a 14-story hotel, over 200 gaming tables and more than 350 slot machines. IPI was authorized to build the casino on the U.S.-held island of Saipan provided it had the gaming facility in place by August. The agreement stipulated that the IR would have 152,201 square feet of gaming space, 329 hotel rooms, retail and food outlets and a conference area. There has not been any word on what will happen if it is not able to meet its deadline; however, the project is too far along to be scrapped.