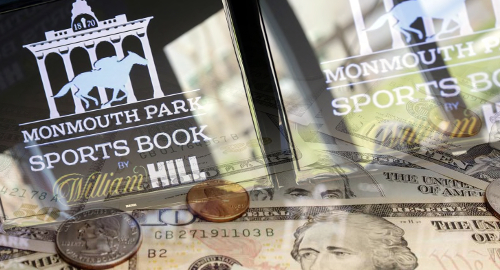 Figures released Thursday by the New Jersey Division of Gaming Enforcement (DGE) show the state’s licensed wagering operators generated just under $3.46m in revenue since the first legal wagers were made on June 14, although this figure bears some scrutiny.

For one thing, the revenue number includes just over $1m in pending wagers on ‘future events’ and $1.2m of “unredeemed winning wagers/adjustments,” so the DGE is, for the time being at least, treating cash in the till as revenue. Stripping out those numbers, the revenue figure shrinks to $1.2m, which equates to a hold rate of 7.8% on total betting handle of $16.4m.

Of this handle, $15.4m was wagered on completed events, while the remaining $1m went toward future events. The vast majority ($10.1m) of completed events handle was spent on baseball, while $2.2m went to the 2018 FIFA World Cup tournament.

The Monmouth Park racetrack and the Borgata casino in Atlantic City were the state’s only licensed betting operators on June 14. Monmouth Park claimed the bulk of betting ‘revenue’ at just under $2.3m, the Borgata claimed $987k, while the new Ocean Resort Casino — which only opened on June 28 — collected nearly $193k.

The Meadowlands racetrack will launch its own betting operation this Saturday (14), while a few other AC casinos are expected to join the party fairly soon, although none of these have set firm timelines. Online betting isn’t yet available, but the DGE is reportedly close to authorizing its first online books.

By way of comparison, Delaware’s three racinos, which took their first legal wagers on June 5, reported revenue of $1m on handle of $7m in their first 20 days of operation.

The two new AC properties that opened June 28 added a minor but welcome bump to the June brick-and-mortar total, with the Ocean Resort contributing $3m while the Hard Rock Atlantic City reported just under $4.2m.