It seemed like a good idea at the time. Purchase a bunch of tickets to the 2017 Super Bowl and sell them at a higher price. Unfortunately for his investors, Ali Fazeli never lived up to the 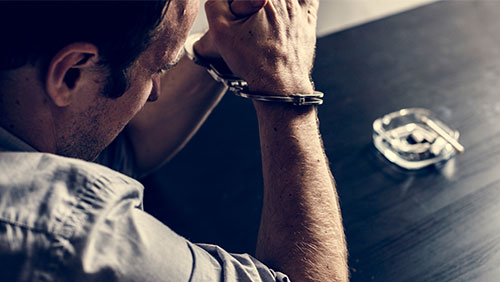 promise. He took the money and ran, all the way to the closest poker table. Being a high-profile poker player, the odds of him escaping the long arm of the law were pretty slim, and he was arrested over the scam. Fazeli has now reached a plea deal that could potentially see him avoid a lengthy stay at the local pen.

Fazeli was able to attract $6.2 million in the scam, which some have likened to a Ponzi scheme. Of the total, over $1 million collectively came from three poker greats—Zach Clark, John Juanda and Erik Seidel. When he failed to use any of the money to purchase tickets, they launched a lawsuit against Fazeli, which has still not been decided. However, as part of his deal, Fazeli will have to make full restitution of the funds, which could result in the suit being dismissed.

Fazeli was indicted in March over the scam. He admitted to the charges, saying that he used around $1.8 million to gamble at the Aria Casino. The Aria also filed a lawsuit against the player, alleging an outstanding debt on poker notes worth $1.1 million. The casino extended him $2.1 million in credit across 34 separate transactions between December 2016 and January 2017, of which he only repaid $1 million.

The disgraced poker player used the funds to play in cash games, as well as tournaments. In 2016, he entered 10 tournaments, all of which had a minimum buy-in of $25,000 and were held at the Aria. That year, he ended up winning over $1.82 million, all from misappropriated funds.

Now that Fazeli has copped a deal, he could possibly avoid spending the next 20 years—the maximum sentence allowed—behind bars. He more than likely will still be sent to the lockup, but a judge’s ruling on how much time has yet to be announced.