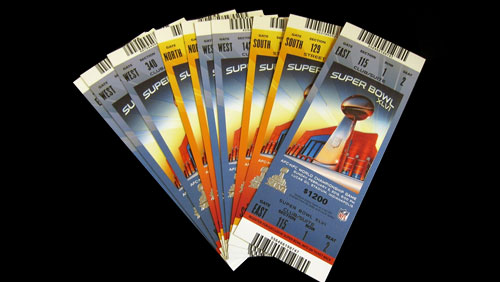 A man who has won over $2.2m playing poker may have to read the same old library books for 40-years after being arrested as the mastermind behind a $6.2m ticket sale/resale scam.

On Friday, I am watching Thirty Seconds to Mars. It will be the second time I have seen them, but the first since several women accused Jared Leto of sexually assaulting them when they were teenagers.

It creates quite a problem.

Do you sell the tickets based on allegations that surface on the interwebs devoid of the opinion of the accuser? Do you have to separate the creativity and the genius of his art from his morals and ethics?

I don’t have the answer.

I still shake a leg when Billie Jean comes on the radio, and we’re all aware of Jacko’s alleged sick shit.

But I know one thing.

If I decide not to go, I won’t be selling my ticket to Summit Entertainment.

Summit Entertainment (or Onlinetickets.com or pacertickets.com) is a ticket buy/resale company founded by the one-time ARIA High Roller regular Ali Fazeli, and it doesn’t do what it says on the tin.

According to the associated press, Fazeli conned private investors into parting with $6.2m on the assumption that Summit Entertainment would buy tickets for the 2017 Superbowl and 2018 World Cup before selling them on for a considerable profit.

The FBI arrested Fazeli on Valentine’s Day after their investigation revealed that Fazeli never bought any tickets, and used the money to live a half-decent lifestyle including competing in high roller poker tournaments in the ARIA and Bellagio.

The feds released Fazeli a day after his arrest after he posted a $120,000 bond. The 49-year-old faces two counts of wire-fraud related felony counts and will meet the beak at the United States District Court on March 26. Flushdraw’s Haley Hintze points out in her appraisal that Fazelli also faces several private lawsuits relating to the same crimes.

The court reports showed Fazeli’s Summit Entertainment operating from May 2016 to May 2017. The victims came from Orange County, Houston and Las Vegas.

After the Superbowl came and went without the bank accounts of the investors getting any fatter, Fazeli is alleged to have told them that the NFL blocked any efforts to resell the 2017 Superbowl tickets he acquired and that he was negotiating a settlement. Fazeli never bought any tickets.

If guilty, Fazeli could face up to 40-years behind bars.