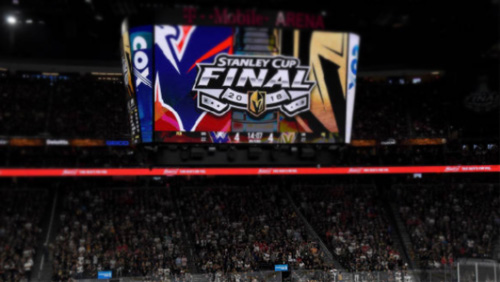 Erik Seidel is one of the most successful (albeit quiet) players in poker. He has eight WSOP bracelets, a WPT title and an EPT title. Over the long career, the New Yorker has accumulated more

than $34.5 million in live action and was inducted into the Poker Hall of Fame in 2010. He recently traveled to Las Vegas for the Super High Roller Bowl (SHRB), but was sent to the rail early in the tournament. Since he was in Vegas with nothing else to do, he decided he wanted to see the first game of NHL’s Stanley Cup championship between the Vegas Golden Knights and the Washington Capitals, and set out to score a couple of hard-to-find tickets. His wish was answered, but they came with a strange twist—he had to dress as Elvis Presley.

On May 27, Seidel posted on Twitter, “Looking for 2 Golden Knights [tickets] for [tomorrow]…” The following morning, he returned to Twitter, saying that his request had been answered. He didn’t specify the supplier, but tweeted, “Got offered Golden Knights tickets on the glass, but I’d have to dress as Elvis.  I love this town.”

In photos published on Twitter, the 58-year-old Seidel was seen in costume, along with about 11 other Elvis impersonators. He didn’t have the famous Elvis sunglasses or sideburns, but he did wear a rhinestone white jumpsuit often associated with “The King.” All of the impersonators were wearing the same jumpsuit—many with the sideburns and glasses—and they all had the Golden Knights logo emblazoned on the back.

Elvis is in the building pic.twitter.com/GJKOhyfpTP

Perhaps due to the number of Elvises (Elvii?) next to the glass, the Golden Knights pulled off a victory in the first game of the seven-series matchup. Game 2 was played Wednesday night and the series is now tied 1-1 after the Capitals scored a 3-2 victory. There was no word on whether or not Elvis left the building before or after the game was over. The teams now travel to Washington, DC for Game 3 on Saturday.

Seidel was a stock broker prior to finding poker. His first registered tournament win came in May 1988 when he finished second to Johnny Chan in the $10,000 NLHE World Championship of the 19th WSOP in Vegas. He scored $280,000 for the finish, and then followed it up three months later with a first-place win at a $1,000 NLHE game that was part of the 4th Annual Diamond Jim Brady series in Los Angeles. He pocketed $144,000 for the victory and kept rolling from there. According to Hendon Mob, he is ranked first on the US All-Time Money List and the New York All-Time Money List.