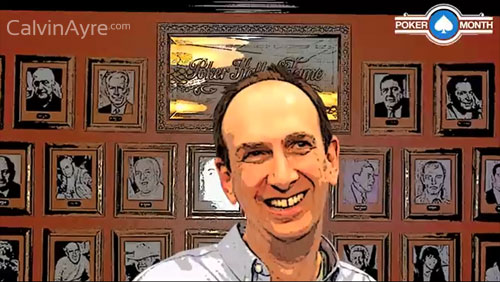 Erik Seidel is an American professional poker player and considered as one of the legends in the history of poker.  He  won eight World Series of Poker (WSOP) bracelets and and he is part of the Poker Hall of Fame. In this episode of Pro Files, Calvinayre.com takes us through Erik Seidel’s poker career and his personal life.

Seidel was born in New York City. Originally, he is a tournament backgammon player for eight years. He took the game up in college and his love affair with the game let him drop out of school. As a professional backgammon player, he played across America and in one occasion, it got him in Las Vegas. This was when he discovered poker and got back to New York as a start-up poker player.

While working as a wall street trader, Seidel was a part time poker player. As the market crash in 1987, Seidel took it as a sign to go on full time with poker.

In his first major tournament, Seidel was runner-up in the 1988 World Series of Poker main event to Johnny Chan and won $280,000. This moment was immortalized in the movie Rounders. Seidel made the WSOP main event final table again in 1999, finishing in 4th place in the event won by Noel Furlong.

He won his first WSOP bracelet in 1992 and won his eighth and most recent bracelet in 2007.

He was one of the groups of now famous players from the Mayfair Club, including Stu Ungar, Jay Heimowitz, Mickey Appleman, Howard Lederer, Jason Lester, Steve Zolotow, Paul Magriel and Dan Harrington.

His career has been three decades but there is no sign of aging for Seidel. Young poker players still look up to him and consider him as an inspiration for his skills and sportsmanship.