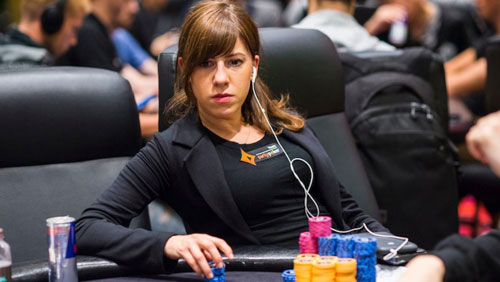 After numerous quarters of the poker community alleged that Alex Foxen and Kristen Bicknell soft-played when three-handed versus Kahle Burns in a $5,000 Venetian event, Michael Watson, Justin Bonomo and Doug Polk come forward with their points of view in an important discussion.

12-years ago, a research team overseen by Dr Gemma Calvert, a neuroimaging expert who throws her coat on a hanger in the University of Warwick, and is the founder of neuroscience in Oxford, began putting smokers into a fMRI machine.

The research team, formed by branding expert Martin Lindstrom, wanted to see if the brain could explain why, despite a worldwide assault on cigarette smoking from every conceivable angle, global consumers still stuck 5,763 billion cancer sticks into their mouths.

It’s estimated that a third of males across the planet smoke, despite nine million people dying of smoking-related illness and disease every year, more than war, terrorism and murder combined.

Hence the study and the first thing the team wanted to establish was the efficacy of the SMOKING WILL FUCK YOU UP ads and imagery that adorns packets of 20 all across this tiny blue planet of ours.

What they found astounded them.

Despite images of fucked up lungs, gangrene toes, and throats that looked like the inside of a dragon, when people saw these warnings, it stimulated a part of the brain known as the nucleus accumbens. People call this part of the brain the ‘craving spot’.

In an attempt to prevent people from smoking by scaring the shit out of them, they encouraged them to smoke more.

The power of the subconscious mind never ceases to amaze me.

How little control we have over our decisions frightens me.

And that’s why I believe there is Bob Hope in finding a resolution to the latest ethics breach that poker is currently figuring out.

Alex Foxen and Kristen Bicknell: Two Lovers Taking it All

Here are those final table results.

Nothing unusual there you may think. Foxen and Bicknell are not only two top pros, but they are also two of the most in-form players in the world right now, but their three-handed action against Kahle Burns made the wrong impression on some.

The first to go to digital print on the issue was the Canadian Mike Watson. Writing in a blog post titled On Collusion, and the Krissy and Foxen Situation Watson states:

“There have been accusations of them soft playing each other, a type of collusion, made in the online community. I haven’t watched the entire final table, and a few of the hands people have complained about seem fine or at least defensible to me, but the JJ vs AA hand is the most blatant collusion I’ve ever seen.”

Here is the hand played out in full.

A bunch of people are asking me about this hand between @krissyb24poker @WAFoxen at the MSPT final table.

I haven't seen the rest of the action but I'm not sure this hand is that ridiculous?? Probably some sick relationship meta-game going on. What do you guys think? pic.twitter.com/0Mup9gqL11

The play is three-handed.

Here are the stacks:

Foxen raises to 115k on the button with pocket jacks; Kahle folds the small blind; Bicknell three-bets to 400k in the big blind; Foxen calls.

“You had aces?” Kahle asks Bicknell.

Watson believes the hand falls into the realm of soft play where two or more players have a vested interest in not competing with each other in a standard way leading to a more passive stance, reduced bluffing, and smaller pots.

Instances of soft play can occur when two or more players have a piece of each other’s action, feel there is an advantage in colluding against an isolated player, or, as most believe in this case, it happens subconsciously because of a relationship dynamic between the players.

Simply put, you’re three-handed with over half a million dollars in play. One is a stranger you couldn’t give two shits about, and the other is your wife.

Are you going to be going full-on battleship mode against her?

Watson believes not, in this case.

The Canadian High Roller doesn’t come to a decision that Bicknell and Foxen deliberately cheated, pointing out that subconscious programming and cognitive dissonance likely played a role, but he feels that something needs to be changed, as players at the final table are disadvantaged in these situations.

Watson opined that the money could have easily gone in on the flop, that the snap-call on the turn looked ‘suspicious’, and that the river fold was a ‘complete nonsensical play.’

“You wouldn’t fold to the biggest nit in the world there.” Wrote Watson before continuing. “Bayesian analysis of this hand suggests it’s a near certainty they were colluding: the probability of them playing the hand this way honestly is remote. For an unbiased observer with a solid understanding of poker and tournament strategy, the mental gymnastics required to believe all these decisions were arrived at fairly are simply not reasonable. Compared to the obvious possibility that their relationship may make it difficult for them to play a big pot fairly against each other, that perhaps they both knew they wouldn’t make big bluffs against each other regardless of the situation, one explanation is overwhelmingly more likely.”

Why is Watson writing about the issue?

Watson put fingers to keys because he wants to raise awareness of an issue that is likely to happen again and to open up an honest and meaningful discussion which will lead to tournament organisers taking action in determining an appropriate penalty.

And the risk does increase as more females enter the game, and more relationships form as a result. Only recently Tim and Nesrine Reilly went deep in a competition that saw Tim ultimately eliminate his wife, and we can’t have this discussion without mentioning the High Stakes scene where the fields are smaller, and the swaps are more prevalent.

And Watson also wants to see the pair penalised for their actions.

“In my opinion, Kristen and Alex should be banned from playing tournaments together for six months,” writes Watson.

Both Foxen and Bicknell celebrated their one-two on Twitter but refused to engage once the accusatory feedback came rolling in. However, the pair did speak to PokerNews, and this is what they both said:

“As soon as that hand was played I knew there would be an insane amount of criticism,” said Foxen. “I understand if it was someone I wasn’t entirely sure, I’m sure the same goes for Krissy, if she wasn’t entirely sure about the way I thought about this spot specifically you can’t fold the hand. But when she knows and I know exactly how the other one is thinking it’s a spot that’s weird. You put ICM on top of that and you have to fold everything but kings on that river.”

“Kahle was really short. Regardless of who it was, two chip leaders don’t want to get in a big battle when there’s a short stack.” Said Bicknell. “On the river I have aces, maybe he has ace-king but I block that hand. I don’t think he’s bluffing queens. Preflop I think he has nines, tens or better. I don’t think he bets the turn with those hands. I thought he probably had aces, ace-king, kings or jacks. I don’t really do well on the river against those hands. I thought he had zero bluffs.”

Doug Polk Has a View

Doug Polk covered the tale on his YouTube Channel. Here are his wise words.

Many views formed on Kahle’s decision here, with most building the belief that the Australian would have been wiser to take the chop than continue competing against a couple who would gladly use each other’s toothbrush.

“A pretty bad move in my opinion.” Said Polk.

Polk took a different line to Watson, believing the flop play was nothing to sniff at but thinks the hand as a whole shows that the pair were playing the hand passively.

For once, Polk didn’t have an opinion on a solution and instead asked his viewers to form one.

“How do we handle this?”

Justin Bonomo Has a View

The third high profile poker player to air his broad views on the subject publicly was Justin Bonomo. 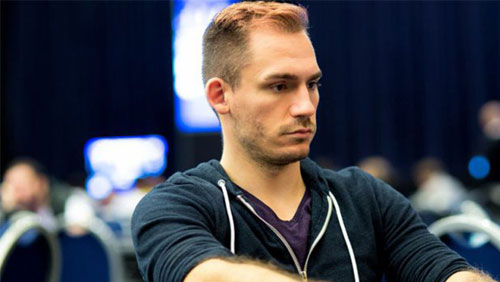 You can read his thoughts in full here.

Bonomo began by making it clear that he does not think either player intentionally did anything unethical pointing to an earlier hand that played out very swiftly with both players giggling throughout the process, as a hand that showed they were not competing hard against each other, but neither were they deliberately colluding.

Bonomo does highlight a separate issue that came to light after he reached out to Bicknell for clarification. It seems both Bicknell and Foxen had a piece of each other’s action before the tournament began, but they increased it to 30% at a point during the final table when they both had even stacks.

“Regardless of the hands, opinions, and intentions, this is absolutely not ok.” Bonomo wrote. “My primary goal in writing this is to make sure people understand why this is not ok and hopefully to make sure it never ever happens again.”

Bonomo goes on to explain that if two or more players are bluffing less, then less money goes into the pot, it’s less likely that people bust and this affects other players relying on pay jump movements.

“Being willing to complicate that even further with a 30% last minute swap in shorthanded FT play is completely out of line.” Wrote Bonomo. “It shows they were not thinking through the implications of their actions. Kristen even said as much to me – it’s just something she didn’t even consider when making the swap.”

Both Bonomo and Watson refer to swaps between friends happening in High Stakes, small field tournaments, but neither refers to any funny stuff.

Bonomo did express an opinion that maybe players could agree to a 3:1 rule where they have to have at least 3x as much of themselves as anyone else in the event, with a caveat for super large field events. Doug Polk suggested a rule whereby people would have to tell tournament organisers how much of their action they owned and who had the other pieces when entering an event.

I don’t know Bicknell or Foxen, but reading through the social media narrative, I am going to side with the view that neither of them intentionally colluded against Kahle Burns.

Numerous actions rule this out, notably Bicknell’s offer to Burns to chop when three-handed, I assume driven by the awkwardness of the situation.

However, I am 100% sure the pair subconsciously colluded to ensure Burns ended the tournament in third place. And I believe it will happen again and again.

Nothing could be done in an official capacity because there is no governing body to officiate, and it’s such a subjective topic, I can’t see how they could ever make a fair ruling if we had one.

So it boils down to personal responsibility.

If you make the final table of an event or sit at a table where couples, friends or family members are competing, you have to take the responsibility of asking openly what the dynamics are in regards to swapping.

It would be nice if this responsibility also came from the players who have less than 100% of themselves (so, in this case, Bicknell could have said, “Look Kahle, we have 30% of each other’s action, and we want to be upfront about that before we begin. Do you want to chop?). But I feel strongly that the burden must lie with individually.

I believe by merely asking the question, it will give the subconscious a little nudge, and while it won’t completely rule out subconscious soft play, it will have an impact.