Home / Poker / Maurice Hawkins: “Someone wanted to slander my name and got away with it 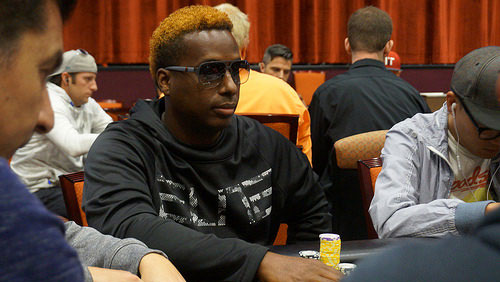 The 11-time World Series of Poker gold ring winner, Maurice Hawkins, has told CalvinAyre.com of his delight at being proved innocent after a series of slanderous accusations threw his reputation into disrepute.

Reputation is everything, especially in poker, and the 11-time World Series of Poker Circuit (WSOPC) gold ring winner, Maurice Hawkins, is beginning to paste over the cracks of his after winning a vital lawsuit recently.

In July 2017, Jim Rosica of FloridaPolitics.com covered a story relating to an interview with Tallahassee attorney, Hal Lewis, that contained allegations that Hawkins had swindled the lawyer out of $22,788.

According to the Rosica report, Lewis had been Hawkins’ backer and was suing him over the misappropriated sum claiming that a series of text messages received from Hawkins proved that he lost the money gambling after busting from a tournament left him with a “feeling of despair.”

Numerous poker outlets, including ours, ran with the story after Lewis seemed to appear on the 2+2 forum as “Hal Lewis” making further damaging allegations against Hawkins’ integrity.

Rosica reached out to Hawkins for comment at the time, and the Global Poker Index (GPI) American Poker Award winner responded, “Do I get a court date?”

In court documents received from Maurice Hawkins, Halley B. Lewis, the lawyer who backed the man, said under oath.

Maurice Hawkins and I had a successful relationship resulting in me receiving significant sums from his winnings that were well in excess of the amount of my total stake expended over the time of the relationship. At no time did I ever feel that Maurice Hawkins ever did anything wrong in terms of his professional play, the various agreements we had between us or anything else.

In connection with the comments in FloridaPolitics.com and 2+2, it seems they appear to be slanderous, but not from the tongue of Lewis.

At no time did I ever state to anyone, publish in any forum, written or electronic, any disparaging statement about Maurice Hawkins.

I have been shown various internet postings and tweets with my name being used as the ‘publisher’ of the post or tweet and can affirm that I did not create the offensive publications, did not cause them to be created in any way, did not even know of their creation or existence, and know that the claims within them are false.

The publication of a post in “Twoplustwo.com” using the name “Hal Lewis” was not authored by me, not published by me and I had nothing to do with this false and offensive post. Specifically, I never stated that Maurice Hawkins:

“At the end of our [business] relationship, I thought Maurice Hawkins and I were participating in a tournament which he thought I was not staking him,” Lewis said. “There was a misunderstanding due to a number of miscommunications between us. This resulted in mistakes and errors in the accountings between us where I thought he owed me money and he thought he did not. We have resolved this amicably, and I have nothing but good things to say about him, his having made me a considerable amount of profit from the relationship we had together.”

Hawkins advised CalvinAyre.com via email that the only beef between the pair was a ‘gross miscalculation’ between the numbers, and that the FloridaPolitics.com report ‘wasn’t factual and didn’t represent his {Lewis’s} sentiments at all.’

“Some of the quotes/things were based off a gross misunderstanding of accounting.” Said Hawkins. “Someone wanted to slander my name and got away with it.”