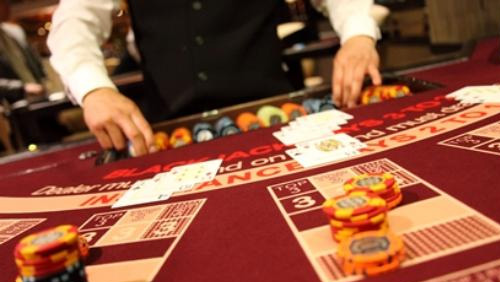 The bad blood between Australia-listed casino operator Silver Heritage Group Ltd. and its former partner in the Tiger Palace Resort at Bhairahawa in Nepal is a thing of the past after both parties decided to settle their dispute.

SMSK is a subsidiary of Silver Heritage that operates the casinos at Tiger Palace Resort and The Millionaire’s Club and Casino in Nepal’s capital Kathmandu.

The share purchase was approved by the Department of Industry in Nepal, as required by law. Following the settlement, TKI now owns a 10 percent shareholding in SMSK, with the remaining 90 percent owned by Silver Heritage.

Silver Heritage said Bajgain has decided to leave the company to return to his role as the managing director of Gurkha Encounters Pvt. Ltd, one of Nepal’s premier trekking, travel and tourism businesses.

“Silver Heritage and Mr. Rajendra Bajgain have mutually agreed that the vision and objective of opening the region’s first integrated resort (Tiger Palace at Bhairahawa, Nepal) has now been met, and that the collaboration and partnership between the two parties in Nepal has reached its natural conclusion,” the company said in a statement.

The dispute between Silver Heritage and Bagjain stemmed from the casino operator’s decision to terminate its consultancy agreement with its ex-partner. In letting go of Bagjain, Silver Heritage accused its former partner of “unauthorized disclosure” of its consultancy agreement. The casino operator claimed that Bajgain embarked on “a series of actions apparently calculated to bring the group into disrepute in Nepal, and to frustrate its operations at Tiger Palace.”

These supposed actions of Bagjain included making allegations that the Silver Heritage hired 22 foreign nationals to work at Tiger Palace without securing the necessary working permits from the government. It isn’t clear whether the settlement between the two parties include the retraction of Bagjain’s allegations.