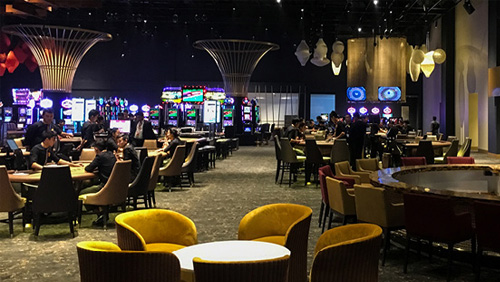 Nepalese taxmen have raided Tiger Palace Casino Resort in Bhairahawa over the weekend following reports that the integrated resort is illegally selling alcoholic beverage to its clientele.

Nepalese officials claimed that Tiger Palace is only permitted to sell such beverages in the resort areas, not on the casino floor. Joint elements of IRO and local police seized 121 bottles of liquor worth Rs300, 000 ($2,000).

If found guilty of violating the law, IRO said legal action would be taken against casino operators.

Silver Heritage has been embroiled in controversies left and right since it opened the doors of its $51.8 million integrated resort.

Under Nepal’s labor code, foreigners who want to work in the country are issued with tourist visas that are valid for 150 days. Within the period, foreigners may be able to apply for a working visa.

The allegations against the Australian gambling company surfaced after Silver Heritage Limited Management Service, Kathmandu severed its ties with Bajgain in February.

Last week, Silver Heritage announced before the Australian Stock Exchange that it is seeking an out-of-court settlement with Bajgain, who owns 5 percent of a local entity that holds Tiger Palace’s gaming license.

Silver Heritage has expressed confidence that its decision to cut its ties with Bajgain will be declared valid by the high tribunal.

“The company has agreed with Mr. Bajgain to continue on-going discussions to settle the disputes between the parties without the need for further Court actions,” the casino operator said in a statement. “[The company] believes that it will ultimately prevail when the substantive issues are ventilated before the Court.”