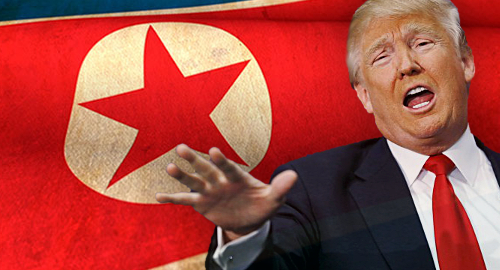 North Korea wants America to help it build an integrated resort casino in exchange for concessions on its nuclear program, according to South Korean media reports.

On Tuesday, South Korea’s Donga Ilbo media outlet reported that Kim Yong Choi, a top aide to North Korean dictator Kim Jong-un, had suggested the US help finance a plan for a casino in a proposed international tourist destination in the Wonsan-Kalma coastal region.

The proposal comes as the two countries are trying to establish a framework for discussion of North Korea’s nuclear plans at the June 12 summit in Singapore. Kim Yong Choi visited the White House on Monday, during which he reportedly floated the casino investment idea.

Kim Jong-un first proposed the tourist-friendly zone in his New Year’s address to residents of the Hermit Kingdom and was filmed touring the construction operations last month. The plan is for the tourist zone to finish construction by April 15, 2019, the birthday of Kim’s grandfather Kim Il Sung.

The country reportedly hopes the project, which could include a ski resort and other non-gaming amenities, will eventually generate annual revenue of $50m for the cash-strapped government.

Given US President Donald Trump’s history as a (money-losing) casino operator, he could prove amenable to the casino pitch, particularly if the North Koreans attempt to flatter his ego by allowing some form of on-site Trump branding. That said, Trump should have his translators ensure that Kim isn’t planning to call the venue ‘Tiny Hands Big Mouth Casino’ or something.

Speculation that South Korean casino operators could also contribute funding to the Wonsan project led to a spike in the share prices of both Paradise Co Ltd and Grand Korea Leisure.

North Korea has a few small-scale casinos that operate in tourist-only hotels, including one in the capital Pyongyang and another in Rason on the Chinese border. In March 2017, North Korea attempted to drum up international investors’ interest in a floating casino project and announced plans to authorize real-money wagering on horse races last October.

Should the US agree to help finance the Wonsan project, the US could press North Korea to curtail its illegal online gambling operations in other countries and malicious cyber-hacking programs. North Korea is widely suspected of being the culprit behind the notorious 2016 cyber-theft of $81m from Bangladeshi central bank accounts.

Kim John Un successor odds: Who steps up if he falls down?
Derek Tonin
30 April 2020