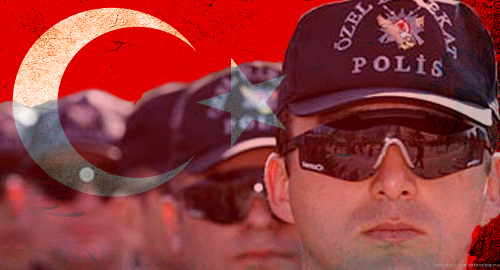 Authorities in Turkey launched a major nationwide anti-gambling crackdown over the weekend in a likely preemptive strike on illegal World Cup wagering.

On Sunday, the Daily Sabah reported that over 8k police officers had mounted simultaneous raids on “thousands” of suspected illegal gambling venues across 81 provinces. The raids resulted in the closure of 36 coffee houses and other businesses deemed to offering illegal gambling to their customers.

The report claimed that 80 people had been detained for running the illegal gambling operations, while an additional 159 individuals were nabbed on outstanding illegal gambling charges. Fines have been issued against the operators of the 36 gambling venues and prison sentences are likely.

The action followed raids on 64 venues in Turkey’s capital Ankara on Wednesday that resulted in the arrests of 39 suspects, including a municipal-level police chief. The operation, which involved 300 police officers, targeted a criminal group involved in everything from illegal gambling to drug trafficking and loan sharking.

With the exception of the state-run Milli Piyango lottery and SportToto sports betting products, gambling is illegal in Turkey. Last July, the government announced a two-year crackdown on illegal gambling operators. In February, Turkey’s cyber-crime unit announced over 100 arrests in an operation targeting illegal online gambling in nine provinces.

The state has claimed that Turkish punters wager roughly $11.4b per year via illegal online gambling sites, from which the state earns bupkis. In an effort to reduce this activity, the state has introduced measures targeting online gambling payment processing, including restrictions on the use of automated teller machines and mobile money transfers.

Reports of such enforcement actions are expected to multiply as nanny-state governments across the globe look to combat the expected illegal betting surge during the 2018 FIFA World Cup, which kicks off later this month.