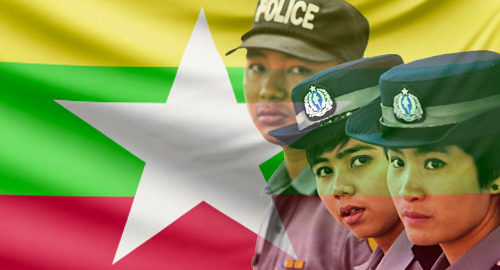 Late last week, Myanmar officials warned private telecom firms that they dabble in online gambling at their own risk. The Ministry of Transport and Communication’s Department of Post and Telecommunications (DPT) issued a statement informing all telecom firms that “if they break the rules, they will be shut down” without warning.

The government is obviously concerned about a surge in online sports betting when the 2018 FIFA World Cup kicks off next month, but the letter, which was signed by DPT Director-General Soe Thein, also expressed concern about other forms of mobile gaming, including a local poker variant known as shan koe mee.

The government’s missive warned mobile operators and Network Facilities Service (C) license holders that it was their responsibility to not only end active cooperation with online gambling sites but also to prevent future links to unauthorized activity. Telecoms will be punished regardless of whether their involvement with illegal gambling is direct or indirect.

Asian governments traditionally mount an all-out assault against illegal online betting operators during quadrennial football tournaments such as the World Cup and the UEFA European Championships. For the past few tournament cycles, global crime fighters Interpol have helped link crackdowns in multiple Asian nations in twin operations – SOGA and Aces – that result in thousands of arrests and the seizure of millions of dollars in wagering funds.

Myanmar currently outlaws all forms of online gambling except the ‘e-Lottery’ operations of the state-owned Aungbarlay Lottery.

Earlier this year, Myanmar media quoted local government officials saying the government was contemplating revising its Gambling Act to formally authorize foreigners-only casino operations on its mainland with the aim of boosting tourism. Some Macau casino operators have reportedly expressed interest in setting up shop in the Southeast Asian country.