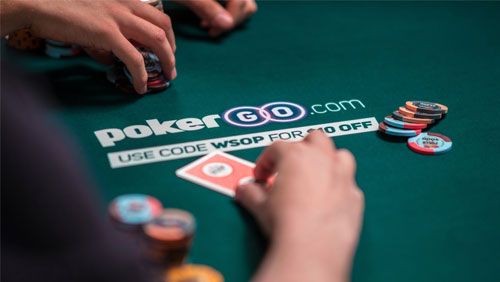 Poker Central has announced the broadcast talent and live stream schedule for the upcoming World Series of Poker, and the team is playing it safe with the tried and tested trio of Ali Nejad, Lon McEachern and Norman Chad.

I haven’t watched the World Poker Tour (WPT) in donkey’s years. I don’t have a TV. I don’t have the luxury of time. If I did tune in, it wouldn’t be the same. Mike Sexton leaving to join the partypoker revolution must have left the WPT feeling like a Feast without the chunk of chocolate in the middle.

Poker’s like Clark Kent. There’s not much to look at, but there is some unseen, unfelt power, bubbling underneath the shirt. Sexton used to rip it off, Hulk Hogan style. His voice became the WPT, and without it, I am not sure the experience would be the same.

The WPT knew that.

The WPT didn’t want to meddle with that.

And so the same goes for the World Series of Poker (WSOP).

Poker Central has announced their live stream schedule and broadcast talent lineup for the upcoming WSOP. The names are the same. The roles slightly tweaked.

The WSOP wouldn’t be the WSOP without Lon McEachern and Norman Chad putting on their Laurel and Hardy act. McEachern will assist Poker After Dark‘s Ali Nejad on the play-by-play action with Nejad taking the lead in that tag team. Chad leads the colour commentary team of which there are presently no names as it depends on the availability of the pros at the time of the events.

Nick Schulman, who lead the live stream with Nejad last year steps down. The name of Joe Stapleton is missing from the press release, and there is no news on which female will stand in front of the camera and call the action. Kara Scott is having a baby, and Tatjana Pasalic, who worked on the coverage last year, and did a sterling job at Triton recently, is also missing from the press release.

All will be revealed in time, I am sure.

Last year, Poker Central, ESPN and the WSOP agreed upon a landmark deal that saw live coverage of the WSOP Main Event from Day 1 for the very first time. You can’t put that monster back into its box.

This year the Main Event runs July 2 – 14, and the broadcast team also have the added challenge of covering the $1m buy-in BIG ONE for One Drop July 16-17.