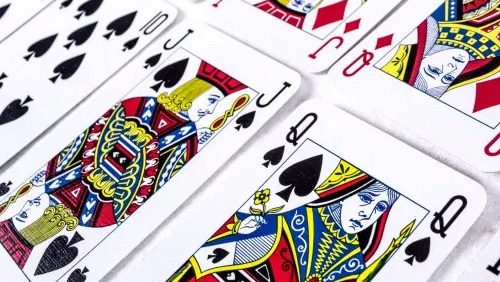 partypoker LIVE enter into a partnership with the Brazilian playing card manufacturer Copag as they continue to create the most exceptional live experience in the business.

Most train drivers like to do anything except drive a train. The most avid dodgers are the trade union reps, and in my day one of the prime culprits was called Bernard.

Bernard would prance around the depot, suited, booted – the type you had to ask to lift their feet so you could vacuum around them.

One day, Bernard came into the office with a new mobile phone. It was a bulky beast with a fin – like a rubber shark. Bernard said he was part of the ‘Mobile Phone Working Group,’ and was trialling the new ‘unbreakable phone’.

“Yeah, try it,” said Bernard before handing baby Jaws to the man.

Stan pulled the phone to eye level, removed his specs, bit the fin, and as a spider wrapped a fly in silk in the corner of his eye, he placed it on the floor and went to work on it like Edward Norton on a skull in American History X.

Copag playing cards last 50 times longer than standard playing cards. You cannot bend them. They do not mark. You cannot rip them. But I tell you this, do not give them to Stan the Shed driver to test that theory.

If you’ve been manufacturing something since 1918, the chances are you’re dealing with a quality product. Copag, a Brazilian playing card company part-owned by the Cartamundi Group, has been in the business for that long.

A few years back, Copag hit the big time when they entered into a multi-year relationship with the World Series of Poker (WSOP), and they have strengthened their position in the industry with another critical partnership.

Beginning at partypoker MILLIONS UK at Dusk Till Dawn, Nottingham, in September, Copag will become an official live event partner of partypoker. John Duthie, President of partypoker LIVE, chimed up in a press release that the goal of partypoker LIVE is to give the players ‘the best possible live poker experience,’ and this means giving them the best tools in the business.

In 2015, the WSOP agreed upon terms to make the Italian card maker, Modiano, the playing card of choice. The relationship turned out to be a nightmare with social media threads awash with complaints about the poor quality of the cards.

Think of a playing card company.

Did ‘Gemaco’ emerge from the subconscious?

Gemaco is the playing card manufacturer at the heart of the squabble between the Borgata and Phil Ivey in the $10.1m Baccarat debacle. Ivey and an accomplice leveraged imperfections on the back of the Gemaco cards to win that vast sum. In March, a New Jersey Judge ordered Gemaco to pay Borgata $27 (the value of the cards) in compensation. Borgata wanted $10.1m.

The deal with Copag comes in the same week that partypoker released news that they would be the primary sponsor for the upcoming Triton Poker Series in Montenegro, although a local source informed me that partypoker would only be sponsoring the Russian live stream.