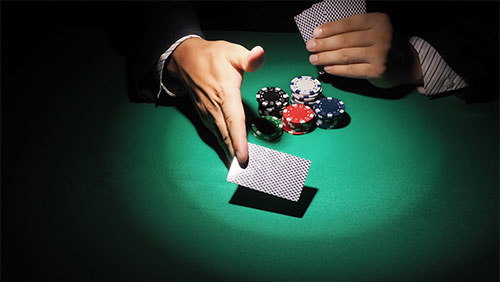 Last November, an up-and-coming poker player met an untimely ending when the car she was riding in crashed against a concrete post in heavy fog. 42-year-old Emma Fryer, from Nottingham,

England, was in Rozvadov, Czech Republic, to participate in the WSOPE, when, on her way back to the tournament, the accident occurred. Fryer was considered by many to be a rising star in the poker world, and her death created ripples across the entire industry. Now, the memory of “The Poker Queen” has been honored through a charity event that raised money for The Donna Louise Children’s Hospice in the UK.

Dozens turned out for the event, held at the Genting Casino in Hanley, an hour south of Manchester. Fryer was close to the charity group when she was alive, so it was only fitting that an event be held in her honor. Fryer’s daughter, Jess, said, “She was close to The Donna Louise so that is the charity we have chosen to raise the money for. Mum was a caring and loving person and was passionate about poker. She was the Poker Queen, so this is a fitting tribute to her.”

The tournament was organized by the Genting Casino and provided an estimated prize pool of just under $9,500. All of the profits went to The Donna Louise. A Genting card room manager, Simon Duckers, said, “I’ve been working in card rooms for 11 years and Emma would play in the card rooms. She was really popular with the poker community, so we wanted to do something for her.”

Fryer had been seen at the tournament tables in the UK for about six years prior to the accident. She played mostly low-stakes games for the first several years, but had been working her way up the ladder. At the time of her death, she was working at bet365.

The Donna Louise Children’s Hospice was first registered as a charity in 1999. It opened its doors in 2003 after a fund-raising campaign that was promoted, in part, by The Sentinel newspaper. It is based at Trentham Lakes in Stoke-on-Trent and provides “palliative care to children, young people and their families.” It offers several events throughout the year, including fun runs, poker tournaments and an annual ball.