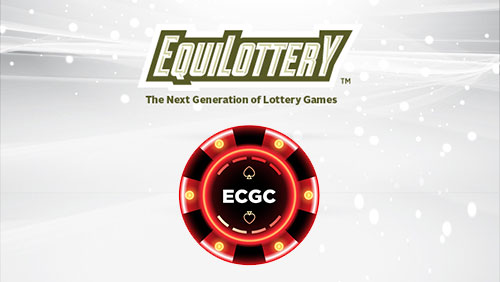 Louisville, KY (May 3, 2018) – Much of the discussion around sports gaming in the U.S., and the potential of PASPA being overturned by the Supreme Court, has been focused on traditional sportsbooks. State lotteries have been a central piece of this discussion as a regulatory body. But that’s only one piece of the puzzle. EquiLottery founder and CEO Brad Cummings will be speaking at top gaming conferences this summer such as GiGse and the East Coast Gaming Congress to share his vision for games of chance based on live sporting events.

“When looking at the issue of sports gaming in the U.S., there’s no doubt lotteries will play an important role in its growth,” said Clarion Gaming’s Head of Content, Ewa Bakun, which organizes GiGse as well as ICE London and the successful Sports Betting USA conference which returns to New York in October. “The vision that Mr. Cummings and EquiLottery has set out for lotteries in this sector, not just as regulatory agencies but also in developing

a new lottery game category, makes his perspective an important one as we dig deep into the what sports gaming means for the U.S. marketplace. We are confident this perspective will be a great addition to GiGse 2018 as we set out to put North American gambling, gaming and betting under the microscope.”

Sports gaming has become the topic du jour in the U.S. gaming industry as the Supreme Court considers arguments on a New Jersey challenge to PASPA, the long-standing federal law prohibiting the placing of bets on live sports. Regardless of its outcome, this challenge has created new energy around the idea that sports betting is coming to America. Conferences serving the gaming industry are making this a primary topic at their meetings in 2018.

“As debate swirls around the future of sports gaming, we’re particularly interested in the perspectives of those who are finding innovative ways to bring this emerging form of gaming to the masses,” said Michael Pollock, Managing Director of Spectrum Gaming Group, and co-founder of the East Coast Gaming Congress. “EquiLottery has developed a game of chance that offers an intriguing spin on a classic product. Our audience is eager to understand how this pioneering product can enhance experiences with lotteries and casinos, as well as how it can evolve beyond horse racing into other live sporting events.”

EquiLottery is primarily known for developing a three number lottery game based on the results of live horse races and has continued to gain traction in the lottery industry since its public introduction to the marketplace in 2014. Creating partnerships and signing agreements with key players in both lottery and horse racing, including IGT Global Solutions, AmTote International and Penn National Gaming, EquiLottery has carved out a niche that has laid the groundwork for a new category in lottery which will transcend even its current focus on live horse racing. Industry participants and conference organizers are taking notice.

“We are pleased and humbled to play a role in this important discussion for the gaming industry at large,” said Cummings. “We’ve long held the belief that sports gaming is a ‘when, not if’ issue in the U.S. To now be a voice in this burgeoning market is a great honor and validation of our efforts over the past few years. Our vision for live sports lottery and the corresponding intellectual property we have secured in the U.S. and Canada goes well beyond our current product line and will lead to the introduction of a new category in lottery – a live sports lottery category – to the general public.”

GiGse’s two-day program, which takes place alongside the co-located Juegos Miami, will feature a wide range of industry debates including the monetization of sports betting and its relationship with Tribal Gaming, the role of technology in growing the gaming industry outside of regulatory boundaries, the utilization of behavioural data in tracking players from mobile to the casino floor, personalization and artificial intelligence as methods of engaging with digital users, as well as an examination of the pace of online gambling regulation and consumer attitudes towards it. To download the full two-day agenda, visit https://www.gigse.com/download-agenda. And for more information on GiGse, visit www.gigse.com.

Spectrum has performed advisory and consulting work for gaming operators, regulators and legislatures in 36 US states and territories and 47 countries on six continents. Spectrum also serves as Executive Director of NCLGS, an organization of lawmakers that shares the goal of promoting best practices. Spectrum’s sister companies include Spectrum Gaming Capital, based in New York, and Spectrum Asia, based in Bangkok and Tokyo.

Heralded as The Next Generation of Lottery Games in North America, EquiLottery has made a name for itself in the lottery and sports industries since its public unveiling in July of 2014. A novel, responsible and legal way to grow the pie for lottery and horse racing, this game concept allows players to enjoy a sport important to state and provincial economies while introducing an exciting and profitable new gaming option for state lotteries and their players. Products and services offered by EquiLottery include systems integrations, a plug and play mobile app, video streaming, intellectual property licensing, racetrack licensing, horsemen negotiations, event calendar development, data licensing, second chance raffle prizes and multi-channel marketing support.

In order to explore how the sports betting changes in the US will impact the shortage of scientific and entrepreneurial talent within the US gaming industry, GiGse is holding the GiGse LaunchPad competition, at which five start-ups will have the opportunity to present their ideas in front of an investors panel, with the eventual winners determined by the GiGse audience. The LaunchPad competition, which closes submissions on Friday 27 April, has provided a platform for a number of successful entrepreneurial businesses such as BlueBat Games, NumberFire and the 2017 winners, nQube, which specializes in the development of artificial intelligence-based algorithms and software.