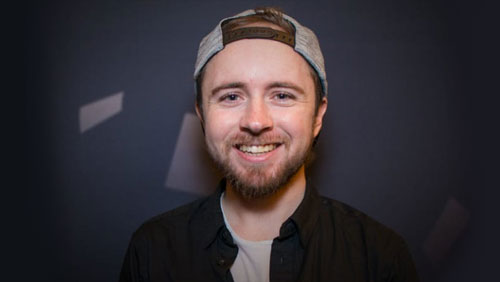 3: Barrels that look and feel distinctly partypokerish with Patrick Leonard vowing to leave live poker for a year to focus on his online game; a look at the schedule of the $2.7m Monster Series, and a Mosconi Cup contract extension.

Three news stories with the name ‘partypoker’ at heart. We begin with a Twitter Ask Me Anything (AMA) from Patrick Leonard, move onto the schedule for the Monster Series, and end with a sponsorship deal with the Mosconi Cup.

On Friday, while Iron Man, Thor and Thanos were forcing my heart to headbutt my ribs, partypoker’s ambassador, Patrick Leonard, was on Twitter for an interesting AMA. Looking through the long list of questions, I only stumbled across one idiot – how do you run like God – so it’s well worth a read if you love the game.

The most interesting Q&A insert for me was when someone posted the question – Current Online Power Rankings? In his response, Leonard talks about two unique online multi-table tournament (MTT) animals.

When pushed for names, Leonard wrote:

“I’ve quit live poker for one year to ensure I’m the best in both. Let’s see how it goes.”

I feel this is a wise decision from a very busy man.

Leonard is a much stronger online player than live, and it’s in this area that the bitB Staking captain is providing the partypoker lords and masters with the most value.

Other interesting observations were Leonard’s view that microstakes grinders shouldn’t be getting too concerned with artificial intelligence (AI) tools like PioSOLVER, and should instead find a tribe to work with because it’s more ‘fun’, and that poker will still be profitable as a profession in five years time.

On bitB Staking, Chance Kornuth asked Leonard for the key criteria when selecting a team member. Leonard replied: age, the reason for being staked, self-awareness of current ability, a decent financial situation, 10-15 specific stats, current poker setup, and their approach to 4-5 hands supplied by the man himself. Leonard also said that the application process is so intense, most people drop out early. Finally, he said that 99% of poker backing stables go broke, and that ‘none have stood the test of time (yet).’

What’s that coming over the hill?

The partypoker online team will be busy April 29 – May 6 with the Monster Series. Altogether there will be $2.7m in guaranteed prize money spread across 41 events, each containing three options to give you 123 games all told.

It’s an opportunity for people at the lower end of the bankroll scale to have a bit of fun. The lowest buy-in event is $0.44 and the highest is $33. Each event is broken into a Low, Mid and High tier, and each day of the Monster Series focuses on a particular format of online poker, which I think is a smart idea.

Here are those formats:

partypoker kick things off in style with a $33 buy-in, $200,000 Guaranteed event on April 29. partypoker ambassadors Padraig Parkinson, Louise Butler and Carl Froch, are scheduled to appear.

The centrepiece is a $33 buy-in, $300,000 Guaranteed Championship Event – another bold move by partypoker who will need 10,000 entrants to hit the guarantee. This event takes place on May 6 alongside three Ladies Only events, continuing partypoker’s focus on the more beautiful side of the game.

partypoker will be hoping to lure people from the pool table to the poker table after agreeing to a multi-year extension to remain the primary sponsor of the Mosconi Cup. The annual team contest regularly referred to as the Ryder Cup of Pool takes places at Alexandra Palace, London 4-7 Dec.

The event first appeared on Sky TV back in 1994 with Sky and Matchroom Sport wanting to promote the game of pool more broadly throughout the UK. The event that pits Team Europe against Team America took its name from the pool and billiards wizard Willie Mosconi.

The two men behind the deal are Matchroom Multi-Sports Barry Hearn, and partypoker top dog Tom Waters. Hearn has been a long-time supporter of the partypoker brand with the two organisations working together to stream poker content via terrestrial TV and live stream via the Internet in the past.

Why wait for Godzilla vs Kong when you can play partypoker’s Monster
Lee Davy
26 September 2017
.