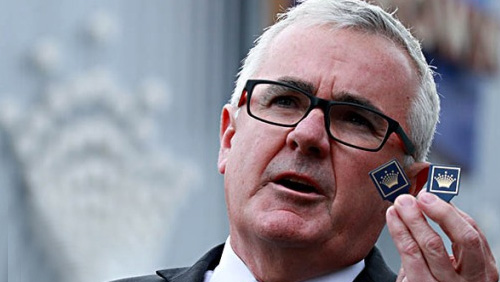 Wilkie announced on Tuesday that he is in possession of Crown-branded ‘picks’ that were allegedly used by a former high-roller to jam poker machine buttons in order for gamblers to have uninterrupted games, according to The Guardian report.

Copies of the supposed Crown picks, as well as punter loyalty cards, have been submitted to the Victorian Commission for Gambling and Liquor Regulation (VCGLR) to help the state regulator with its ongoing investigation, according to Wilkie.

According to Wilkie, the pieces of evidence were given to him by a female high-roller who wished to remain anonymous.

The woman revealed that she loses up to AUD30,000 (US$22,824) every time she goes to Crown Casino. Instead of stopping her, the woman alleged that she was given multiple loyalty cards so that she could play several pokies at once.

For Wilkie, the testimony of the unnamed former gambler corroborated the stories of three Crown staffers who previously came forward to accuse the casino operator of allowing the tampering of video poker machines.

The whistleblowers claimed that casino managers ordered Crown Melbourne staff to tamper with the machines, including disabling lower bet provisions and modifying buttons to allow prohibited autoplay—acts that could increase gambling losses.

They made other allegations against Crown, such as tolerating the misuse of identity documents that helped certain high-value customers avoid the scrutiny of financial watchdogs Austrac and allowing certain customers to smoke marijuana on the premises.