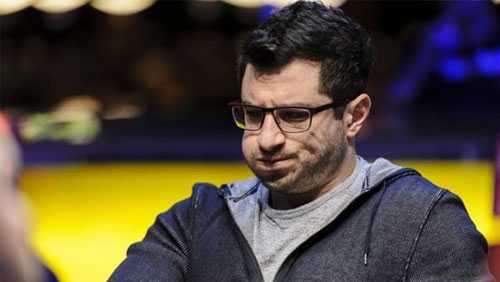 After 19-months of hard graft inside the box and not much to see outside of the box, Phil Galfond announces plans to roll out Phase 1 of RunItOnce Poker in the Summer.


As I look at the Dad sitting in front of me; face drained of life; two kids sitting in front of him munching on overpriced sandwiches and drinking the next three hours worth of manic sugar rush, I believe Phil Galfond’s most significant challenges lay ahead.

But it must be tough to create an online poker room.

19-months ago, Phil Galfond, the man crush of so many poker players, sent blood rushing to the groins of t

he masses after announcing he would create an online poker room: RunItOnce Poker.

The news came amidst the professional fury over the way PokerStars treated them by pulling the SNE rug from underneath their feet and turning the site into an online casino that has an option to play poker.

A lot has happened in those 19-months, most notably, the Phoenix-like rise of partypoker, but not a lot from RunItOnce (RIO) Towers.

It has been, Phil, but we forgive you because we love you.

After stating the blatantly obvious, Galfond writes adoringly about the support the RIO team received after he announced intentions to launch a poker room and how technical software issues resulted in a delayed implementation.

One of the core values of RIO is transparency, and while Galfond states that in hindsight he wouldn’t have communicated with us any differently, he acknowledges that radio silence doesn’t align with a company that believes “transparency is something that was, and still is, missing in online poker,” and vows to do something about it.

To mitigate these delays, and to prevent tumbleweed blogging up the marketing machine further, RIO will introduce the new poker site in a two-phase process.

Phase 1 launches in the summer, I assume while we are all at the World Series of Poker (WSOP), where Galfond may or may not have a podium to market his new product.

The first phase focuses on cash games. It’s where Galfond says the team has made the most significant progress. A few lucky punters are already testing a private beta version.

Galfond writes fondly of the “exciting and innovative features,” of his cash games, and how they are designed to keep the dream of being a professional poker player alive (a brand story that partypoker peddle, and PokerStars dropped 19-months ago).

There is a mention of setting  “sensible rake for sustainable and beatable games.” Typically, I would say ‘who cares about rake,’ until I read that RIO Poker will provide a reward system that leans slightly in favour of professional poker players, while at the same time, mitigating predatory behaviour to ensure recreational players have a fun and pure, authentic poker experience. RIO also refuse to cannibalise unclaimed rewards.

We don’t have much to feed off here.

There will be a distinct SNG experience, more software enhancements, an innovative tournament experience, and an “awesome” nosebleed experience created by someone who knows what he is talking about.

There will be more posts in the coming months to make up for the lack of transparency.