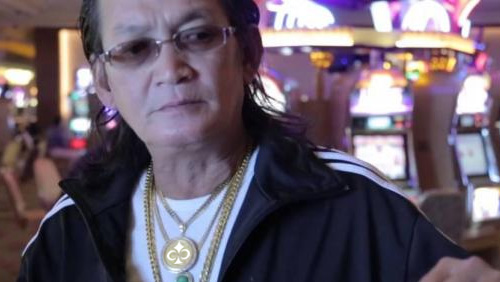 The newest cryptocurrency online poker room on the block, Cryptonia Poker, has gone old school with the signing of Scotty Nguyen to act as brand ambassador as the company prepares to launch s pre-Initial Coin Offering.

CoinPoker and Virtue Poker have company.

A new kid is on the block{chain} and his name is Cryptonia Poker.

Founded by the Indian pairing of Lakshay Anand and Vivek Jain, Cryptonia Poker is preparing for a pre-Initial Coin Offering (ICO) followed by a two phase ICO.

And who better than to help with the launch of the next generation of online poker technology than the old war horse Scotty Nguyen. I mean, I love Scotty and all that, but when I think about forward thinking online poker rooms based on the Ethereum blockchain the Prince of Poker doesn’t stumble incoherently into my eyeline. But here he is, fighting with the likes of Brian Rast, Dan Colman and Phil Ivey in a space that’s so new you have to take your shoes off to play.

The five-time World Series of Poker (WSOP) bracelet winner is set to make a few bob from his affiliation thanks to the planned pre and post Initial Coin Offerings (ICOs).

The pre-ICO takes place 10th April, followed by a two-phase post ICO process beginning 1st May and 1st June. According to Cryptonia’s white paper they are calling their virtual cryptocurrency of choice – Cryptonia Tokens, and have plans to flood the market with a billion of the things (although the math doesn’t add up).

What Else Does The White Paper Say?

The founders will list Cryptonia Tokens on the relevant exchanges so they can appreciate in value and be exchanged for other funds. You can only use the tokens in countries that have a fully licensed and regulated online poker market.

The team will return 35% of collected rake to the players on a monthly basis in the form of jackpots, through the affiliate system, leaderboards, tournament guarantees, loyalty programs. They will invest 10% in attracting new players.

What Games Can You Play?

It looks like the first game available will be Texas No-Limit Hold’em with the likes of Open Facre Chinese, 5 Card Omaha and All-In Poker. The Cryptonia team is very proud of their Chinese Poker product and lists it as one of four things going for it that CoinPoker and Virtue Poker don’t. The others include a web-based app, a game of backgammon (what that has to do with poker I don’t know), and live tournaments (mmm?)

The cash game limits will begin low with higher limits introduced as liquidity grows. MTTs range between $1 – $100 buy-in. Rake is 3% with ceilings set for different limits.

And most importantly you get to play a few hands with one of the legends of the game.

Here is a copy of the whitepaper.

From Crypto to Weed: Scotty Nguyen signs a one-year deal with Canna Hemp
Lee Davy
30 May 2018
.