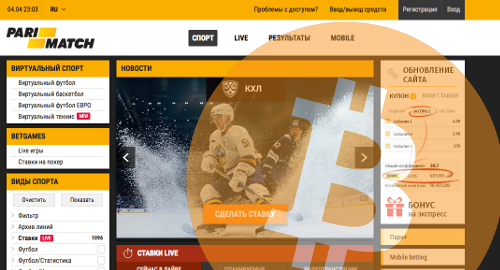 Russian online bookmaker PariMatch says over 80% of customers who deposit to the site using the Bitcoin cryptocurrency never actually place any wagers with the site.

Russian gambling news site BettingBusiness recently published an interview with Ivan Lyashenko, product director for Russian-licensed online betting operator PariMatch. The interview offers some insights into the role that cryptocurrencies such as Bitcoin are playing in Russia’s online gambling sector.

Russia’s government is firmly in the ‘nyet’ camp when it comes to allowing its licensed online bookmakers – or anyone else, for that matter – to incorporate Bitcoin as a payment processing option, so Parimatch.ru doesn’t accept Bitcoin.

But Parimatch.com, which is licensed in Curacao, does accept Bitcoin, and the site’s default language is Russian, reflecting Russian gamblers’ desire to partake in online gambling options (casino, poker, etc.) not currently available from Russian-licensed sites.

Parimatch.com began offering the Bitcoin option in January and Lysashenko said over 300 customers had since opted to fund their accounts with the cryptocurrency. However, only 50 of these accounts had actually gone on to place a wager with the site, which Lyashenko suggested was evidence that customers were using PariMatch to “store their Bitcoins.”

(This is further evidence that the legacy Segwit BTC no longer functions as it was originally intended – as an actual currency – and has instead become a commodity, unlike Bitcoin BCH, which features the low fees and quick transaction processing any true currency needs to thrive. But we digress.)

Kazakhstan was the primary geographical source of PariMatch’s Bitcoin deposits, although these depositors weren’t big on wagering. Among those who deposited Bitcoin and went on to wager, Ukraine ranked first, followed by Moldova and Russia. (PariMatch is ridiculously popular in the Ukraine.)

Lyashenko said the site wasn’t bothered by Bitcoin’s inherent volatility, due to PariMatch having a wealth of experience catering to the former Soviet republics that now make up the Commonwealth of Independent States (CIS), so currency volatility “is not something new for us.”

In January, Russian authorities announced plans to impose a total ban on all anonymous online payment methods, barring fund transfers to e-wallets, prepaid bank cards and anything not resembling an account with an approved Russian bank.