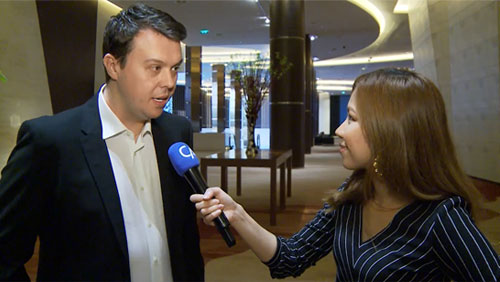 In this interview with CalvinAyre.com’s Stephanie Tower, Paul Fox of Letou shares how sponsorship deals impact the operations of sports betting operators.

Knowing that sports provides a unique opportunity for brands to reach highly-engaged audience, many sports betting operators are willing to write big checks to have their names on display. Such is the case of Asia-facing sports betting operator LeTou, which has signed a deal to become the new main shirt sponsor of English Premier League football club Swansea City.

LeTou is the new kid entering the UK territory, which is dominated by the likes of Paddy Power, Betfred, Pinnacle, and other European-based bookmakers. And so to build awareness about their brand, LeTou has decided to ink a partnership with Swansea City.

“For us, it is primarily a branding exercise… LeTou is very well known amongst the betting community in Asia, but not as well-known as our competitors,” LeTou Chief Executive Paul Fox told CalvinAyre.com. “What these sponsorships have to do is for us to become a real brand name, a real household name in the industry.”

Fox said sports leagues, such as the Premier League, have been an important venue to get their branding message to everyone. He pointed out that Letou saw a rise of betting volume in the UK after it signed a sponsorship deal with Swansea City. Fox also noted the importance of LED advertisements as a tool to reach out to TV viewers and netizens.

“The increase as a percentage would be higher in the UK than it was in Asia for the simple fact that we are more established in Asia, whereas in the UK, we are a new brand,” the LeTou executive said. “So, when you are a new brand and you own a Premier League jersey, there’s that initial uptick and interest you didn’t see. So, we did see a part of that in the UK and also a decent return in Asia as well.”

When asked whether regulating shirt deals will have a great impact on LeTou, Fox expressed confidence that they will remain unscathed by the regulatory developments in UK since their initiatives lie outside the UK.

“It really depends on the political climate and which party wins general elections. If the conservative party are to stay in power, I think it is pretty much business as usual,” Fox said. “If, however, Jeremy Corbyn and Labour [Party] are to get in power, I think they would look to stop sports sponsorships on Jerseys from gaming companies.”