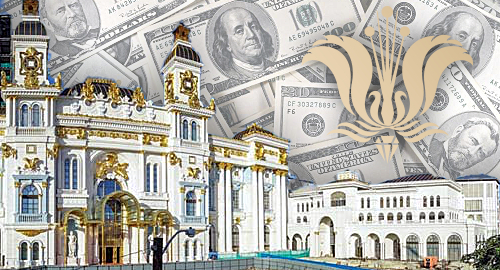 IPI’s profits were undone by the company’s rising bad debt provisions, reflecting IPI’s risky strategy of avoiding junket operators and offering credit directly to VIP gamblers. Total trade receivables – outstanding VIP gambling debts – stood at HK$8.5b at the end of 2017, up from HK$5.3b in 2016. Of this sum, 8% was owed by IPI’s single biggest gambling whale.

IPI operates Saipan’s only casino, the still unfinished Imperial Pacific Resort (pictured), and its overwhelming reliance on VIP gamblers is reflected in its revenue breakdown. Of the HK$13.15b in gross revenue generated in 2017, VIP gaming accounted for HK$12.7b, with mass market tables adding a mere HK$302m, slots and electronic table games anteing up HK$67m and food & beverages contributing just HK$57.2m.

IPI stopped reporting its notoriously high VIP turnover numbers midway through 2017, possibly because the astronomical figures were attracting unwanted attention from U.S. financial watchdogs. But IPI says its total VIP turnover hit $49.5b last year, a year-on-year improvement of 53.6%. VIP win rate hit 3.3%, up from 2.84% in 2016.

Meanwhile, IPI confirmed that it is seeking an extension of the August 31 deadline for completing work on the Imperial Pacific Resort’s “initial gaming facility,” a designation that requires the operator to offer a minimum number of hotel rooms along with retail, dining and other non-gaming amenities.

Saipan media quoted local officials saying this week that they had yet to receive a formal request from IPI regarding a deadline extension, but that such a request would be considered if/when it arrives. IPI has repeatedly failed to meet previously stipulated deadlines regarding its permanent gaming venue’s construction, in part due to ongoing controversies over the use of illegal immigrant labor.

IPI also said it was having talks with “certain potential investors with a view to secure long-term financing,” most of which would be allocated to completing the unfinished resort. IPI promised to update the market if/when this financing was secured.