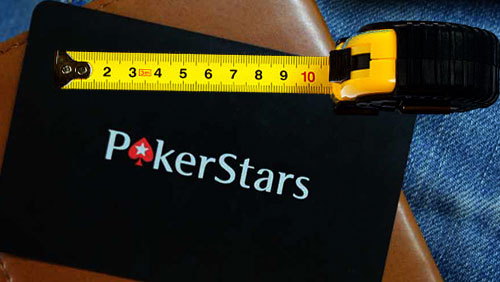 3: Barrels of a PokerStars Team Pro flavour including Jaime Staples winning his weight loss bet with Bill Perkins, Andre Akkari getting to play some poker with Neymar Jr., and Liv Boeree talking probabilities on Tedx.

Jaime Staples can stop munching on paper napkins after his brother Matthew helped him to victory in their $150,000 Weight Bet with the Hedge Fund manager and poker lover Bill Perkins.

Perkins offered the brothers 50:1 odds that they pair couldn’t get within 1lb of each other in 12-months, after spending time with them on his yacht during the filming of ‘Streamboat’. The date and time of the weigh-in were specific – 5 pm March 25, 2018.

The PokerStars Online Pro weighed in at 305lbs at the time of the bet, whereas his brother weighed 135lbs. Over 10,000 people tuned into Jaime’s Twitch Channel to watch the official weigh-in at the Peppermill Restaurant during RunItUp Live, and the pair, officiated by Jeff Gross, weighed in at 188.3 lbs each.

PokerStars must have been rubbing their hands with glee when Neymar Jr broke his leg playing against Marseille. The Paris St Germain star is out for the rest of the season, and that means poker, poker and more poker.

A few weeks ago, Neymar posted flicks of himself trying to qualify for the PokerStars Player’s No-Limit Hold’em Championship (PSPC) online at PokerStars on social media.

Excellent free advertising when you can get it, Neymar Jr has 91.2 million Instagram followers and 38.8m Twitter followers.

And this week, PokerStars got another free pump when Neymar organised a Sit n Go at his home (he even bought three trophies). The most expensive player in the world invited the Real-Madrid bound teenager Vinicius, and the PokerStars Team Pro Andre Akkari to the game which Neymar Jr won, and Akkari finished in the top three.

Fortunately for Stars, the game took place on a PokerStars branded table, and the world’s media picked up the story meaning images of the Red Spade were beamed all over the globe.

There was no such branding allowed during Team PokerStars Pro, Liv Boeree’s TEDx talk in Manchester in mid-February. The footage of the talk is now available on YouTube, where a patchless but thoughtful and confident Boeree took the stage to talk about the role that probability plays in your life.

Beginning with the probability calculations that her and Igor Kurganov will be together in one (94%v98%), three (85%v92%) and ten years (75%v80%) (because they are hitting that time in a relationship when they could start talking about marriage), the talk continues to show the importance of mathematics as a way to prepare ourselves for the many bumps that life produces on our way to the grave.

The video has so far received 200 thumbs up, and 5 thumbs down.