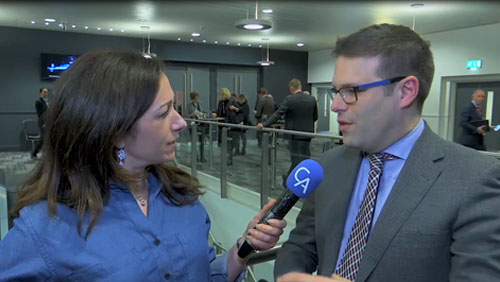 In this interview with CalvinAyre.com’s Becky Liggero, DGOJ Director Juan Garcia shares how operators may be able to harness blockchain’s potentials without getting in the crosshairs of regulators.

Blockchain may be widely known as the technology that underpins cryptocurrencies like Bitcoin, but it has far wider applications than just being a backbone for digital currencies. For instance, governments have been studying the possibility of using the blockchain for public registries since the technology is both tamper-proof and transparent.

Harnessing the full potential of blockchain isn’t bad as long as checks and balances between operators and regulators remain in place, according to Spain’s Dirección General Ordenación del Juego (DGOJ) Director Juan Garcia.

“I really think that this is a very promising technology or backbone for the gaming systems, as such, platforms. There are some inherent advantages of blockchain,” Garcia told CalvinAyre.com. “We are not pessimistic, but we will see.”

The only concern that most regulators have on blockchain is when operators use the technology to circumvent the law, Garcia said.

“We, as regulators, still need an operator to deal with,” the DGOJ director pointed out. “The moment that people start to think in blockchain as a way to get around the operator, we don’t quite see it, I have to say. We are not comfortable with this instance. We will see what will happen.”

In the case of Spain, Garcia said that they have to see yet a demand for adding blockchain and cryptocurencies to their payment processing from many companies, including the gambling operators.

“And so operators are not really, by-and-large, demanding this possibility [of adding blockchain and crypto] to the open,” Garcia said. “I have to say, that if they weigh to be open, we can work out, find a way around for it to be open, as long as certain conditions, non-stringent conditions are met.”