Home / Poker / Scratching backs: poker and the law of reciprocity 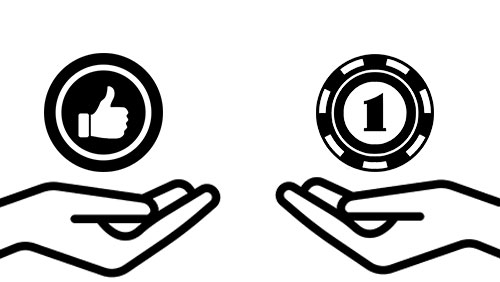 Lee Davy talks about Robert Cialdini’s Law of Reciprocity and how poker companies could use it to forge better relationships with writers and avoid brand calamities.

You wouldn’t believe how many layers I am wearing. It’s February. You would think it was December; I swear it’s global warming. Donald Trump and his cronies don’t have a clue. But I don’t get it. If the world is heating up because of factory farming, car fumes and Port Talbot Steelworks then why am I so cold?

I can’t reach it.

It would mean taking off my backpack, my jacket, my fleece, my hoodie, my checkered shirt, and my t-shirt so my crusty warted finger could scratch. So I ask my wife.

You scratch my back.

If you’ve read Influence by Robert Cialdini, you will be aware of the theory of reciprocity. If not, let me enlighten you.

Occasionally, online poker rooms invite me to attend live events. They pay for my travel expenses and accommodation. It’s savvy business for them because while I am there, I am thrusting their branding into my articles on a daily basis. But there is another subtle ploy at work. The online poker rooms understand the theory of reciprocity. They know that if they treat me well I am going to feel a psychological urge to help them pick up the apples once they flip over the cart.

A Day in the Life of a Writer

I wake up at 6 am; meditate, stretch, make warm lemon water with apple cider vinegar, take my supplements, turn on the radiators and settle down to do some research.

I go through my Google Alert feeds, check my emails, drink my pre-made smoothie, have a poo, trawl some key social media feeds, and cut and paste potential stories into an excel spreadsheet.

At 7.30 am, I head to Coffee #1 and start writing the first of four articles that will appear on CalvinAyre. Some days are easier than others. It’s a delight to wake up to an inbox full of stories. More often than not there are no stories. The clock ticks. My journey to the edge of the night seems to take an eternity. I feel like someone has my eyelids held apart while someone else kicks the shit out of my eyeballs.

Outside of my work for CalvinAyre I have my other contracts, my Truth About Alcohol business, and a wife and two kids that I need to pay attention to if I want them to remain a part of my life for the foreseeable future.

In short, I am busy.

I believe it’s essential for poker companies to understand how a writer thinks, feels and operates on a daily basis. They also need to follow the law of reciprocity.

Let’s take the recent CoinPoker debacle as a prime example.

Alex Weldon, who works for GameIntel and provides content for PartTimePoker, recently wrote an opinion/research piece suggesting that CoinPoker’s security was as tight a snail’s arsehole after a date with a donkey and that something very odd was going on regarding player numbers after spotting someone playing 42 tables for eight hours straight.

Before Weldon posted his piece, he approached CoinPoker about his findings.

I wake up at 6 am, do all of the things above, and read Weldon’s piece. Brilliant. I have something to write. I send a note to CoinPoker asking for a response. Nothing. I write a similar article based on Weldon’s hard work.

Another writer does the same.

Now the poker community is buzzing with the news that CoinPoker is a den of thieves and buggerers.

The next day, CoinPoker respond in Medium refuting some of Weldon’s claims, and doing a half-arsed job of telling the public that something odd was happening, they are dealing with it, you should feel okay about using the site, but we won’t tell you what we found out during our investigation.

I received an email from CoinPoker.

New articles emerge considering CoinPoker’s reaction by which time the sticks and stones have already battered the brand.

It reminds me of the Coronation Street star accused of rape who a judge later declared was innocent. Nobody cared. In their minds, he was guilty because the headlines said he was, and that’s all that flashed through the neocortex. By the time the judge delivered his verdict, we had forgotten about the whole incident.

Two years later, you see the celebrity in a bar.

You point to him and tell your mate – “That guy’s a rapist.” 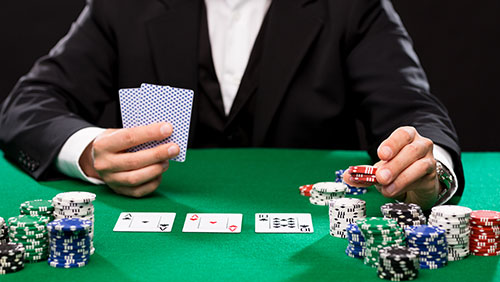 If CoinPoker had paid Weldon some respect, and, recognising the gravity of the situation, spoke to him and promised him an angle before he published his work, I am sure they could have found a mutually beneficial way forward.

Ignoring him, and then trying to fix it later, is poor form.

I know it’s not easy, but if poker companies want to stop writers inking incorrect information and assumptions, then there needs to be more of an effort to forge relationships and open up instant lines of communication.

When you ask for a quote and receive the bog standard corporate response it’s not worth blowing your snot into.

The poker community is not a child.

CoinPoker found a problem with it’s security. Why else would it close three accounts? Then tell us what the issue was. You have to earn trust, in the same way you want to earn writer reciprocity.

Scratch our backs, and we will scratch yours.

To Hustle or not to hustle: a question for professional poker players
Lee Davy
11 April 2018
.