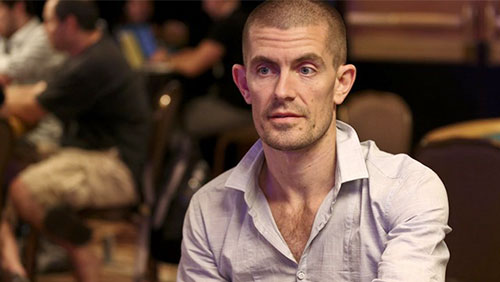 What do poker players do when they’re not playing poker? Apparently, they play poker.

Gus Hansen made his way to Las Vegas last week to take part in the Poker After Dark series, and then found some time to take in a few more hands w

ith some other high-stakes pros in Bobby’s Room at the Bellagio. Bobby’s Room is notorious for not allowing anyone to snap pictures during the games, but Hansen still managed to get a couple of shots, which he uploaded on his Instagram account.

The Great Dane sat down for the action against players such as Daniel Cates, Andrew Robl, Eliot Sion, David Oppenheim and “Texas Dolly” Doyle Brunson. Whether or not Hansen played well is anyone’s guess, as he didn’t provide much detail on his social media post. Stakes in the games reached to as much as $1,500/$3,000.

In one shot posted by Hansen, the multi-million dollar player was seen standing behind the table, watching over the action. The question remains, however, if he had excused himself from the game due to his performance, or if he was just stretching his legs. We may never know.

Hansen has been in somewhat of a slump lately, unable to find traction at the felt. He is hoping to get back into the swing of things this year, and is warming up to make a run for it. The Danish poker pro lost over $20 million playing tournaments before making the decision to take a little time off. He’s off to a decent start this year. Despite losing $600,000 in one hand at a game against King’s Casino owner Leon Tsoukernik in February, Hansen still came out ahead with $123,000.

Bellagio’s Bobby’s Room is famous for its high stakes games and $20,000 buy-ins. It’s named after Bobby Baldwin, a poker Hall of Famer and current casino executive. In 1977, Baldwin won two bracelets at WSOP events, and followed that in 1978 with a WSOP Main Event win. At the time, he was the youngest player to have won a WSOP Main Event, a record that has now been beaten four times. Baldwin racked up more than $2 million in live action and is now the CEO of Mirage Resorts of the MGM Mirage conglomerate.