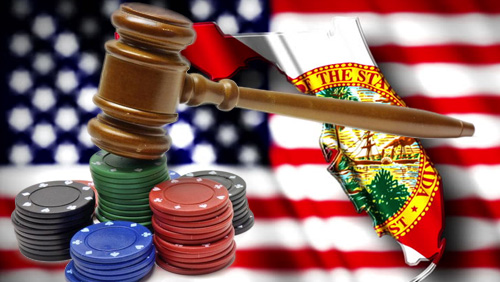 Florida Politics reported that Florida’s gambling bill is on life support after legislators decided to shelve all pending bills on their desks in order to prioritize a legislative response to the February 14 mass shooting at the Marjory Stoneman Douglas High School in Broward County.

With only three weeks left in the 2018 legislative session, legislators are scrambling to enact a law that will allocate $100 million funding for the state’s mental health screening, counseling and training, and the “hardening” of Florida schools.

After passing the bill, lawmakers will then need to squeeze in discussions on the state budget within a limited time. With their hands full, Florida House Speaker-designate José Oliva is much less optimistic that they will get something done on gambling in the next three weeks.

“A lot of our bandwidth is going to be taken up,” Oliva said, according to FloridaPolitics.com. “We still have a budget to pass, and obviously we’ve got some sort of bipartisan bill that we have to pass dealing with the tragedy at Stoneman Douglas.”

Oliva, who is one of the two lead negotiators to revamp the state’s gambling market, said he and Senate President-designate Bill Galvano are “still looking at all our options.”

Meanwhile, an analyst from Nova Southeastern University in Fort Lauderdale believes that the latest gambling deal will once again fail to pass.

Gambling Compliance reported that analyst Robert Jarvis wasn’t really optimistic about the negotiations between the state legislature and the Seminole Tribe of Florida on the new gambling compact from the very beginning.

Jarvis’ reason is simple: The Senate is very pro-gambling while the House is very anti-gambling.

“It’s just a dance we always go through and we always end up in the same place,” he said, according to the news outlet.