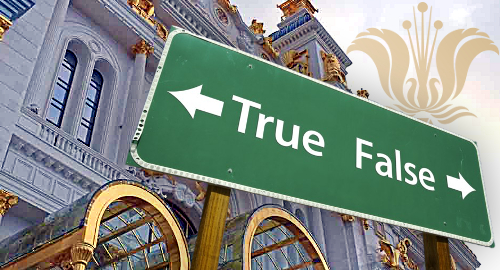 Saipan casino operator Imperial Pacific International Holdings (IPI) is making good on its vow to aggressively respond to allegations of corruption made by the Bloomberg news agency.

This past weekend, IPI said it planned to “explore all legal remedies available” to respond to last week’s Bloomberg News article, which accused IPI of jeopardizing the safety of construction workers, engaging in sketchy financial transactions and making millions in questionable payments to relatives of the officials overseeing IPI’s operations.

On Tuesday, IPI’s board of directors alerted the Hong Kong Stock Exchange that it “repudiate[s] all allegations of wrongdoing published by Bloomberg in its 15 February 2018 article.” The statement went on to say that IPI had “instructed its lawyers to commence legal action against Bloomberg for defamation in the article. Shareholders will be kept informed of development of the legal action.”

The statement is a bolder response than IPI presented toward a 2017 Bloomberg article that referenced similar allegations of financial chicanery at IPI’s temporary Saipan gaming venue, Best Sunshine Live. IPI said at the time it planned to “take formal legal actions” against Bloomberg but doesn’t appear to have followed through on these threats.

Vincent Torres told the Saipan Tribune that the transaction between his wife and IPI “was purely business and had nothing to do with any payment for favors for IPI.” Torres went on to say that his brother the governor “had no involvement whatsoever in the negotiation or transaction of our land lease agreement.”

Bloomberg also claimed that Serafin Camacho, who is married to the governor’s first cousin, signed $4m worth of land lease deals with IPI. The deals were paid out immediately, despite one of these leases not taking effect until 2042.

Camacho told the Tribune that he “only received $500” for his signature on the deals, while the $4m was “paid out and benefitted other local landowners who are unrelated to me or the governor,” although he declined to identify these landowners by name.