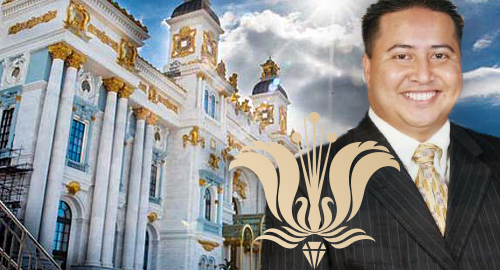 Casino operator Imperial Pacific International (IPI) and Saipan’s governor are pushing back against allegations of corruption made via a Bloomberg News article.

Last week, Bloomberg published a lengthy exposé of what it deemed to be IPI’s dismal worker safety record, the eyebrow-raising numbers generated by its gaming tables and whether financial payments to legislators’ relatives can explain the government’s laissez-faire approach to regulating IPI’s activities.

On Monday, IPI issued a statement calling the latest Bloomberg piece “just another enumeration of false claims similar to those in similar Bloomberg articles.” IPI said it was clear that “the article was written to attack Imperial Pacific, its owners and agents, the Commonwealth Casino Commission, the CNMI government and its leaders, and individual members of the CNMI community.”

Among the latest Bloomberg article’s allegations was the company making “millions of dollars in payments to family members of the territory’s governor, Ralph Deleon Guerrero Torres.” These payments included $126k paid to a law firm run by Torres’ three brothers, a land lease payment of $667k to Torres’ sister-in-law for a property she purchased five months earlier for just $180k, and over $4m in land payments to Serafin Camacho, who’s married to the governor’s first cousin Lillian.

On Monday, the Saipan Tribune quoted the governor’s office saying that the Bloomberg piece “lacks an understanding of the size of the CNMI and that many public officials have extended families.”

Torres (pictured) personally commented that the allegations were “blatantly false and are apparently perpetuated by individuals who hold a minority opinion, aiming to score cheap political points at the expense of our islands’ image in the world stage.”

Commonwealth of the Northern Mariana Islands legislators like Rep. Edwin Propst have unsuccessfully advocated for revising the original deal that IPI reached with the government, which famously requires the company to pay business corporation taxes but no taxes on gaming revenue.

The Bloomberg article quoted Propst saying it was his belief that IPI “runs this government. Any legislation they’ve ever wanted goes their way 100% of the time. Not 99% of the time. One hundred.”

This time around, IPI says it plans to “explore all legal remedies available at law and take legal action where warranted.” Torres’ office has yet to specify whether it’s mulling its own legal response to the article’s claims.