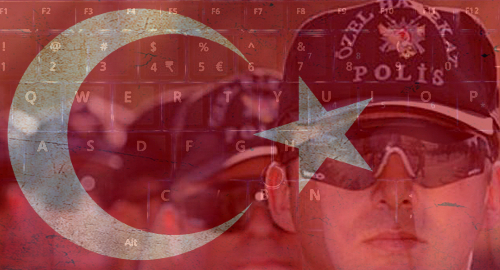 Turkey is making good on its pledge to stamp out illegal gambling operators, particularly those who ply their trade over the internet.

On Tuesday, Turkey’s Hurriyet Daily News quoted a report from the state-run Anadolu Agency that over 1k police officers had staged a series of simultaneous raids across nine provinces in an operation targeting illegal online sports betting operators.

The raids, which were launched by Turkey’s cyber-crime unit, targeted 140 different house addresses in Istanbul, Ankara and other major cities. The report failed to specify the names of the gambling sites targeted in the police action.

Roughly 100 individuals were detained during the early morning raids and taken to police stations for questioning. Hurriyet reported that the suspects were all “initially taken to hospital for a health checkup,” which seems like an odd detail to include, unless the police were particularly, er, enthusiastic in rousting these alleged cyber-criminals from their comfy beds.

Since the new campaign was announced, Turkey has announced new restrictions on the use of automated teller machines, after discovering that online gambling operators were using taxi drivers to make frequent pit-stops at ATMs along their routes to move money between gambling sites and Turkish bettors.