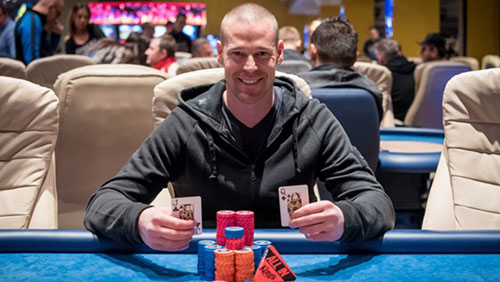 partypoker has moved the Caribbean Poker Party to the Bahamian resort of Baha Mar, and Patrik Antonius has taken down the first major title of partypoker MILLIONS Germany.

I mean, come on, it’s happening in the live poker realm.

The partypoker blueprint for world domination seems simple. Copy everything that PokerStars have done in the past, but try and make it better.

The latest stab at this seemingly savvy strategy is to move the partypoker Caribbean Poker Party (CPP) to the Bahamas, the home of one of the world’s most attended live tours in the world – the PokerStars Caribbean Adventure (PCA).

Partypoker isn’t going full-on copycat. Instead of moving into the Atlantis Resort, John Duthie and the team have synched palms with the men and women who run the Baha Mar complex on New Providence Island.

The festival runs From 9 Nov through 18 Nov and to celebrate the move (the previous CPPs were in the Dominic Republic), partypoker has doubled the guarantee for the Main Event to $10m. If you finish first you will pick up a minimum of $1.4m; second gets $1.2m, and third gets $1m. Also, the Baha Mar hosts a $1k MILLIONS Open, $10k High Roller, $25k Super High Roller and $5k MILLIONS Finale.

Online satellites for the event begin on partypoker in early April where you can win a $12k package for as low as 50 cents. The package contains a $5,300 Main Event seat, nine nights accommodation and breakfast for two, $1k worth of room credit and $2k towards travel expenses.

Partypoker is bullish over the attendance, expecting over 2,000 pasty-whites to turn up with suntan lotion in hand.

The Bahamas is going to be a key destination for poker fans this year. In addition to the CPP, PokerStars will once again host the PCA and will break the brand shiny new $25k buy-in PokerStars Player’s No-Limit Hold’em Championship (PSPC) out of the box.

Follow this shiny blue light to find out more information on the 2018 CPP.

Patrik Antonius warmed up for a potential spot on the partypoker Big Game by winning the $25,000 buy-in MILLIONS High Roller.

Fancy pants made for TV Sit n Go’s aside this was the Fins first tournament win since taking down the European Poker Tour (EPT) Main Event in Baden way back in 2005.

Antonius defeated 180-entrants back then. He only had to beat 51 (14 of which we re-entries) to take down the €425,000 first prize in this one after coming from behind to beat partypoker’s Brazilian ambassador, Joao Simao, in heads-up action.

There’s no rest for the wicked.