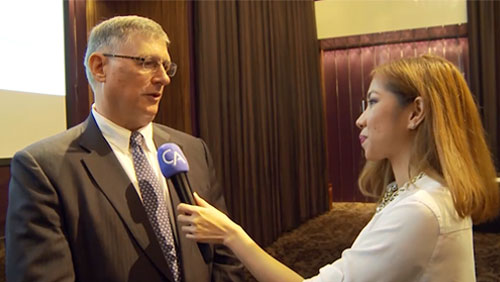 Taiwan, which is strategically located southeast of mainland China, has continuously struggled to open a single integrated resort at the time when its neighbors in the Asia-Pacific region have been racing to get a fair slice of the regional gambling pie.

Casino proponents in Taiwan campaigned hard to make integrated resorts in the small island nation a reality for many years, but these plans were repeatedly rejected by Taiwanese residents.

The residents of Penghu, for example, rejected referendums on casino proposals twice after Taiwan’s national government approved the Offshore Island Development Act in 2009. Last year, it was the residents of Kinmen Island who blocked the proposal.

Meanwhile, residents of Matsu island group voted in favor of the casino proposal in 2012 but the vote was never followed up with the implementation of casino regulations by Taiwan’s national government.

Bill Bryson of Global Market Advisors pointed out that politics has played a big role in Taiwan’s failure to launch.

“These referendums can only be held every three years. So, we are waiting at least until 2019 or 2020 before it comes up again,” Bryson told CalvinAyre.com. “I think, what the real setback is the percentage [of the residents’ turnout].”

“So what the residents of Kinmen supposed to think? ‘Oh, the anti-gaming people are right because nobody is arguing against them,’” Bryson said.

Politics plays a role at three different levels, according to Bryson, noting that any referendum in Taiwan needs a lot of support from the local level.

Bryson also stressed the support of the national level in passing the needed gambling-related legislations. Bryson said the biggest hurdle that Taiwan must take in order to have a casino in the island nation is China.

He explained that Taiwan’s political leaders under both Kuomintang and now Democratic Progressive Party administrations have taken a cautious approach to integrated resorts after Chinese president Xi Jinping made it clear that he didn’t want casinos in Matsu and Kinmen.

“If you want Matsu and Kinmen to have gaming, you have to change the paradigm,” Bryson said. “You have to say, ‘What if we do the infrastructure development in order to get people to come in from Taiwan and then let’s build the airport so that we can bring people from Japan and Korea.’ So if you change the business plan, Matsu and Kinmen become relevant again.”

Except for sports lottery, Bryson doesn’t expect other opportunities in online gambling in Taiwan.

“The government here has always taken the position that online gambling is illegal. That’s their enforcement posture. They’ve cracked down on it before, and they’ll crack down on the users. Currently, I don’t see a big expansion other than through the sports lottery,” he said.