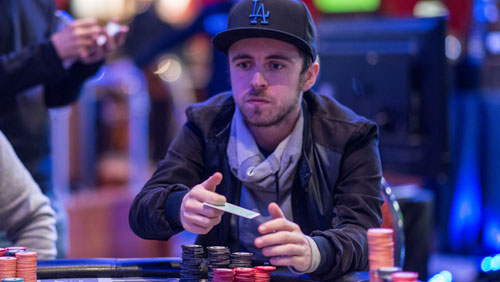 partypoker has created Team Online beginning with the signings of three Brazilians and an Austrian; Patrick Leonard takes down a POWERFEST High Roller. 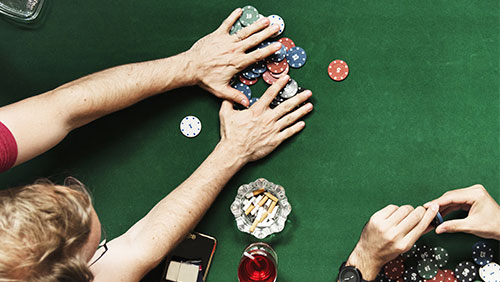 There are many styles.

But partypoker is going full-on Brazilian.

Tom Waters, the Managing Director of the coolest poker brand in the world right now, has hammered another four nails into his office wall. Those paid a tad less are busy inserting photographs of Renato Nomura, Lui Martins, Day Kotoviezy and Josip Simunic into frames.

The four frames will hang a little to the side of the Ambassadorial Wall. A new niche called Team Online. Honestly, sometimes I wonder if the partypoker crew are sitting in a war room somewhere laughing their asses off as they push the PokerStars blueprints underneath the Xerox machine.

Forget China, India and the US. As far as partypoker is concerned, it’s time to focus on the land of the coolest named footballers, craziest carnivals and kick-ass beaches.

Nomura, Martins and Kotoviezy join Ambassadors Joao Simao, Luiza Simao and Bruno Gagliasso as partypoker continue to be the most prolific online poker room in the hiring department.

Nomura has earned a smidgen over $210k playing live including a 2013 Brazilian Series of Poker (BSOP) Main Event title. The lad is also an instrument of death online where he has won over $850,000. Martins comes from a gaming background. Before joining poker, he was a World of Warcraft and Quake star. Since deciding to kill fish instead of monsters he has finished fourth from 1,002 entrants in a World Series of Poker Circuit (WSOPC) Main Event in Sao Paulo back in 2016. Kotoviezy is a renown poker coach of the Massari Poker School and a former BSOP Ladies Champ.

The odd man out is Josip Simunic.

The 34-years-old joins the team from Austria. Simunic has won $1.3m playing live poker with his best performance a victory in the Season 11 European Poker Tour (EPT) €10,300 High Roller in Deauville where he won $350,000. Simunic is a former semi-pro handball player who will take the lead on the German commentary during the MILLIONS Grand Final in Barcelona, should he not make the final himself.

“It’s a great time to be joining partypoker,” Simunic told the world via a blog post.

How true that is Josep.

How true that is.

Someone get Joey Ingram.

We need a video.

While partypoker was putting the red carpet back into storage after their Team Online announcement, one of the greatest online poker players alive took down a major event in his own backyard.

Fellow ambassador, Roberto Romanello, also drove deep into this one but ultimately ended up empty-handed. The Welsh Wizard finished in 34th place with only 32 people earning money.