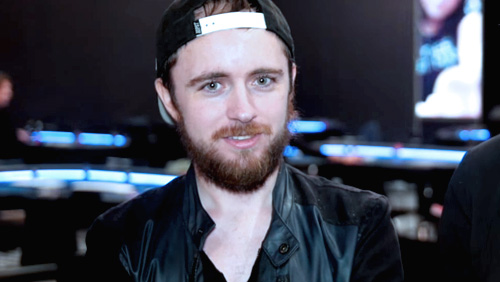 Patrick Leonard has joined partypoker as an ambassador immediately vowing to do everything he can to try and help them become the best poker site in the world.

If there was ever a time for an online poker site to seek to overtake PokerStars as the market leader, that time is now. A fact not lost upon Patrick Leonard, who recently signed as an ambassador for partypoker in a bid to try and help them become the world’s top online poker room.

It’s an alliance that has come out of the blue. Two-time World Poker Tour (WPT) champion, Marvin Rettenmaier, left the partypoker stable at the back end of 2014, and Kara Scott left a few months after, leaving nothing but sawdust and sand.

In Nov 2015, partypoker announced a partnership with, Carl ‘The Cobra’ Froch, and revamped their entire tournament themes to align with the art of the World Champion pugilist. It seemed as if the focus would be more on celebrity than poker professionals moving into their latest reincarnation.

All that has changed with the signing of Leonard. And I don’t believe he will be alone for too long. Leonard, 27, is a two-time Supernova Elite online cash game pro, who converted to online multi-table tournaments (MTTs) and quickly become the PocketFives World #1. He has also been a coach at PokerStrategy since 2012 and runs a successful backing stable out of his base in Budapest, Hungary.

Leonard told his Facebook followers that he was ‘extremely happy’ to join partypoker, and always dreamed of one day becoming a ‘sponsored pro’. He will wear his new firm’s patch for the first time at the European Poker Tour (EPT) Grand Final in Monte Carlo, and of course, the World Series of Poker (WSOP) in the summer.

Take a look at Leonard’s place of work.

Speaking on the partypoker blog, Leonard stated that he was drawn to partypoker because of their anonymous tables, ‘as it stops people bum hunting’. He also opened up about his transition from cash games to MTTs admitting he got ‘really lucky really quickly’ winning around $300,000 in his first month. After achieving his goal to become the World #1 MTT player he removed his tracking details from PocketFives to focus on his happiness off the tables ‘instead of unhealthily obsessing about pretty irrelevant rankings.’

Now he has a new obsession.