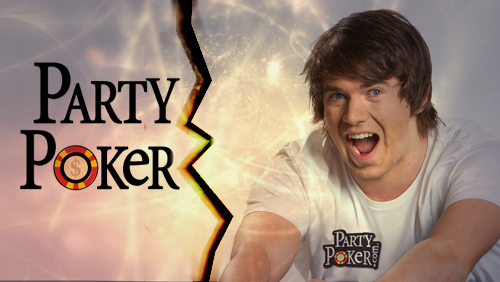 ‘Mad’ Marvin Rettenmaier and partypoker have parted ways in yet another severing of ties between the sponsored professional poker player and their online poker room.

The corridors of social media are starting to resemble an intriguing drama series, as we all tune in to find out which sponsored pro has been killed off next?

This week heralds another surprising exit as ‘Mad’ Marvin Rettenmaier and partypoker end their two and a half year partnership. The German spreading the word via a Facebook post that read: –

I would like to thank partypoker for the good collaboration and the fun times over the last 2.5 years. Don’t worry, just because I won’t be with party anymore doesn’t mean that I’ll need to decrease the partying in my lifestyle – I checked my contract…

I’m playing Day 1 of EPT London today, and since I won the first tournament with partypoker, it’s just common sense that I will win the first one without them as well!

Partypoker join the likes of PokerStars, Ultimate Poker, and 888Poker as online poker rooms that have decided that a sponsored poker players cost base does not match the value that they expect them to produce for the brand.

“It was a mutual decision to end the agreement. Both parties felt it had run its course.” said a partypoker spokesperson.

The news shouldn’t come as a complete shock after Chief Executive Norbert Teufelberger said that the companies performance ‘had been disappointing’ during a summer announcement to cut costs aimed at saving a further €15m on top of the €30m already forecast.

The company also shared its goal to develop the Bwin brand in Europe, whilst concentrating on the partypoker and World Poker Tour (WPT) brands in the developing US market. This is in line with the recent signings of the New Jersey trio of Jamie Kerstetter, Scott Baumstein, and the New Jersey Devils legend Ken Daneyko. Kara Scott and Mike Sexton continue to act as global brand ambassadors.

Rettenmaier first came to the attention of partypoker during a booze-fuelled scream at the end of the WPT Venice Main Event a few years ago. As Mike Sexton was being filmed performing his usual end to the TV show, Rettenmaier screamed ‘Go Mike Sexton!’ at the top of his voice.

Sexton ended up saying, ‘May all your cards be live, and your pots be monsters,’ so many times I thought he was going to put one on the German, but partypoker decided his wild partying ways was a good fit for the brand and he was hired.

Rettenmaier settled in to his new job by winning the WPT World Championships for close to $1.2m, back in 2012, and then became the only player in WPT history to win back-to-back WPT Main Event’s with victory in Cyprus.

We tried to reach out to Rettenmaier for comment, but couldn’t get hold of him because he was too busy partying.