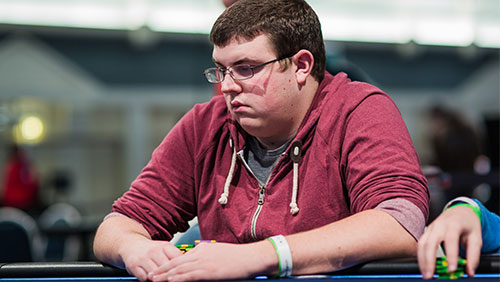 One of the benefits to playing poker online is that it doesn’t require players to even put their pants on. One particular player who has enjoyed playing from the comfort of his sofa is Jon Spinks, and he’s had a great deal of success doing so. So much, in fact, that he has now racked up over $3 million in earnings from his living room. Not a bad way to make a living.

Spinks, who goes by the nickname ‘EMSBas,’ broke the $3-million barrier when he made it to the money in a partypoker Powerfest Event. He only picked up $845, but it was enough to tip the scales. The British player recently pushed himself close to breaking the mark when he pocketed a little more than $25,000 at a partypoker tournament on January 15 of this year.

Spinks is ranked number 55 in the winningest player list for the UK. He plays mostly mid-stakes games and typically finishes with just a couple hundred dollars with an occasional spurt to collect big money. He’s listed on Hendon Mob as having more than $1 million in live earnings which include $275,000 at a partypoker MILLIONS tournament event in April 2017.

Apart from his impressive wallet, Spinks has won the online Triple Crown twice and has several six-figure money wins to his credit. He has also made it to two WSOP final tables. He finished fourth in the $1,500 No Limit Shootout at the 42nd WSOP in June 2011 for $108,000. Just a week prior to that win, he finished in fourth place at the WSOP Seven Card Stud tournament for $35,000.

Several other online players have had a series of impressive runs lately, as well. ‘Nsmirnov’ from Russia is ranked as the 47th best online player in the world, and recently bumped his lifetime winnings to just on the north side of $2 million. He finished January with 38 wins that included four-figure takes, the best of which was a $12,000 pickup on PokerStars. Chile’s Javier ‘Ofbravetight’ Swett joins him in the $2-million club, and registered 40 cashes just last week.