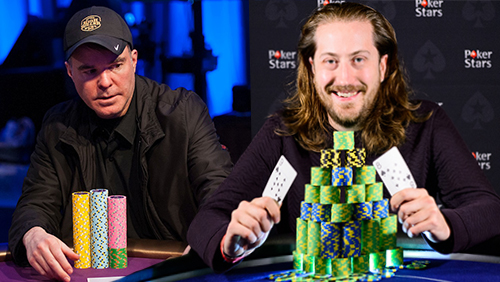 A round-up of the significant wins at the PokerStars Caribbean Adventure including victories in the $100k & $50k for Cary Katz and Steve O’Dwyer, and Erik Seidel’s student wins the National Championship, and with it, a seat in the $25k Players No-Limit Hold’em Championship.

There isn’t much to do in the Atlantis Resort when the thunder and lightning come out to play. I love the giant Manta ray we’ve named Ray Donovan, but his beauty diminishes each time I see him do a lap.

So, this morning, I caught myself standing by the water, a little like a swallow stunned by the fall, watching yachts the size of cruise liners breeze past, thinking, “Who owns something like that?”

Katz is a businessman first and foremost. Poker is a hobby. However, Katz is no dumb bull in poker’s pasture. The architect of the ARIA High Rollers, he has been pushing his brand of poker into the faces of the very best for a long time now. Many people have faced Katz in heads-up action and ended up with the taste of iron on their fingertips.

33 ARIA cashes make him one of the most prolific High Rollers in the industry, but until today, Katz has never won a major title outside of the land of the Star Spangled Banner.

It was just enough for Katz to keep his head hidden below his trademark baseball cap long enough to get to the end stage of the $100k Super High Roller (SHR) game.

Ivan Luca came into the final with the chip lead. But the two players with midgie like haloes around their heads in this one were Daniel Negreanu and Bryn Kenney. Negreanu, fresh off his 2018 Goals List, where he said he was going to bink one of these things, finished fourth. Kenney, who held a sizeable chip advantage when four-handed, and who Katz said deserved to win the thing, came third. It was the fifth time the former champ has cashed in this event since inception.

Katz rode his short stack into the heads-up phase where he took on the impressive Justin Bonomo. The pink-haired wonder was one of the most illuminating presences on tour last year, and only 14 people earned more money. But Catz has an impressive close out record when reaching the final two.

I’m sure he’s being a little humble, but according to Katz, this time, it was luck.

“During heads-up play, I got remarkably lucky,” Katz told PokerNews after his win. “I didn’t get any good cards until the end, but that’s when you want them.”

The pair began heads-up on an even keel before Katz took a lead he never relinquished. The pair getting it in with Katz holding the snowmen, and Bonomo holding AK. Royalty stayed with the Corgis, and Katz took it down.

How did he feel?

“It’s very cool. I was the lucky one today.”

Have you ever wondered what the High Rollers do with all of their trophies?

Steve O’Dwyer gives them to his parents.

And he has a lot of them.

The latest piece of brass to give him a baggage weight headache came in an event he won in 2016, the $50,000 High Roller. It was a shot-clock event, a dynamic that gave him a slight edge over Byron Kaverman in heads-up action. Kaverman likes to take his time, and O’Dwyer used the shot clock to his advantage with some well-timed bluffs.

With this win, O’Dwyer has now earned $21.1m in live tournament dollars, pushing him into the Top 10 All-Time Rankings on Hendon Mob. Bryn Kenney makes way. 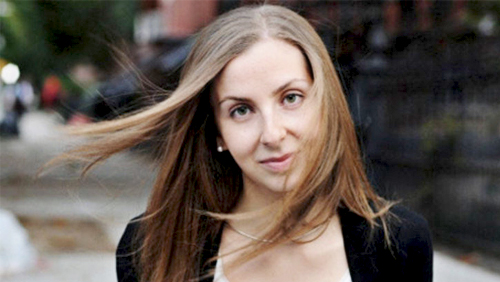 PokerStars has handed out the first $30k Platinum Pass of the series, and what a story it could turn out to be.

The $1,650 buy-in PCA National Championship attracted 290 entrants. Amongst them was Maria Konnikova, a writer, who asked Erik Seidel to become her mentor for a year so she could write a book about the experience.

We all know that Seidel is one of the best proponents of this art on the planet. It seems he is a mighty fine coach. Konnikova defeated a final table containing the live Triple Crown winner Harrison Gimbel, and the man with more online Triple Crowns than anyone alive or dead, Chris Moorman.

Konnikova, who beat Alexander Ziskin in heads-up to take the title, banked $84,600 for her win (her best score to date) and earned a $25k seat in the PokerStars Player’s No-Limit Hold’em Championship (PSPC), due to take place at the Atlantis Resort in 2019.

What an ending it would be to her book if Konnikova could make it to the final table of that one and end up facing her mentor in heads-up action.

But this win was also a dream not that long ago.