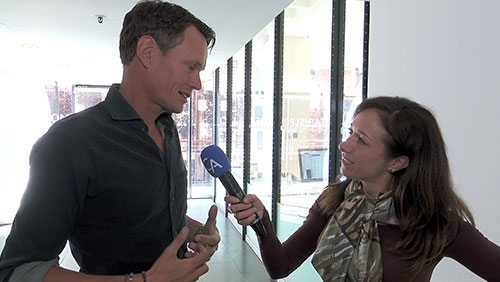 In this interview with CalvinAyre.com’s Becky Liggero, Jesper Karrbrink of online gambling operator Mr. Green discusses the benefits of having social responsibility programs.

There is a stigma attached to the term gambling. A person who isn’t familiar with how the industry works often associates gambling with the words evil and greed.

Unfortunately, there are operators who are adding fuel to the fire instead of helping turn the negative image of the industry around. According to Jesper Karrbrink of Mr. Green, there are operators who will push the buttons of high-risk players by bombarding them with sales-driven communications instead of telling them to take a break from gambling.

“We are a stigmatized industry, we have to realize that,” Karrbrink told CalvinAyre.com. “We are, kind of, right now destroying ourselves. If we can just back off a little bit, we are still going to be commercial like crazy.”

Mr. Green is helping to change the public’s perception towards gambling by launching a new tool for players’ risk assessment. This tool lets the players assess themselves by answering a series of questions to determine their risk profile. Mr. Green also makes risk assessments of its players, Karrbrink said.

“These two together will make your total risk profile. Depending on where you are on this scale, we will prompt you with recommendations,” said Karrbrink. “So if you are on green, then the recommendation is continue playing as you do. If you are more of an orange, we might suggest you make some limits. If higher up, we might suggest that you take a break and try to cool somewhat.”

Karrbrink shared that the new social responsibility program was initially met with resistance, especially from shareholders who expressed concern about its short-term impact on company revenues. But in the long run, Karrbrink pointed out that the new program brought a positive effect to the business.

“We’ve looked into that. Yes, it could have a short term impact, absolutely. If the players are on the high risk level, we ask them to play less and that makes less revenue,” he said. “We have done some simulations. In the short term, it has an impact. Long term – we do the same simulation – we see that it increased customer loyalty and new customer retention. So this is a positive business.”