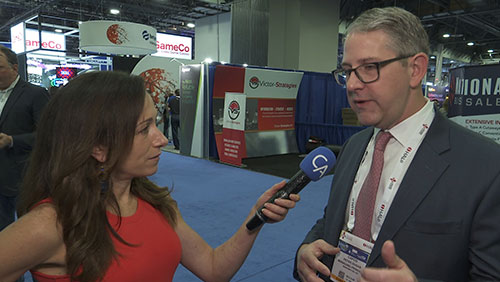 In this interview with CalvinAyre.com’s Becky Liggero, Peter Dugas of CAPCO explains the benefits of using cryptocurrencies.

People always fear the unknown. There’s that invisible boogeyman that spells danger whenever people go to an unfamiliar territory or whenever they pursue an untested idea. Sometimes, the fear of the unknown stops people from taking the first step toward success.

This was the case when blockchains first came out. Businessmen hailed the virtual currencies as a great technological advancement while many financial regulators were less optimistic, even warning the public that the cutting-edge digital money was nothing but an asset bubble that could burst any moment.

Peter Dugas of CAPCO pointed out that US regulators are cautiously optimistic. They are cautious, according to Dugas, because there are potential risks in using these cryptocurrencies; and they are also optimistic because these other sectors of the economy are using it.

“They all have different opinon on blockchain. The way they look at it is from a regulatory structure and the administrative law that governs their activities. So there is no common entry way into the regulatory structure within the US that makes it a greater challenge,” Dugas told CalvinAyre.com. “One day in the near future, they are going to have to figure out how to use it because so many other sectors of the economy are using it.”

He pointed out that the lack of financial literacy on the benefits of blockchain is causing all these fear.

There’s no reason for regulators, businessmen, and ordinary people to fear the use of blockchain because the banking/financial sector has been using this technology for many years now, according to Dugas.

Dugas said that casino operators may be able to use blockchain for treasury functions since they can save five to seven percent of their transaction fees by using blockchain technology.

When it comes to sports betting, Dugas said that the blockchain helps operators to become more profitable.

“For sports betting right now, what we are seeing is probably a future where sports betting is probably going to open up in about 50 states in the next five to 10 years,” Dugas said. “So that’s going to allow casinos to figure out ways where they can become more efficient. Engaging with players and having the process, be become more profitable to the casino, as well as to the player.”